DOWN BY THE RIVER: New water tower almost complete 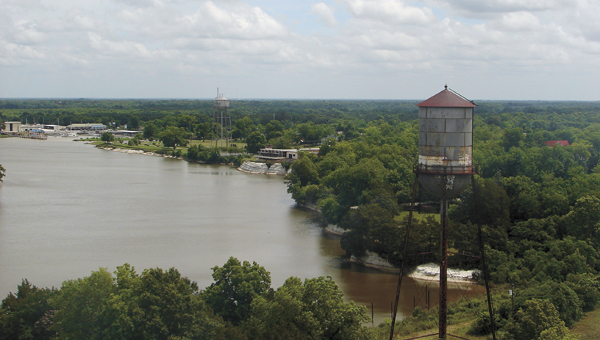 The view from the new Demopolis Water Tower, looking back toward the civic center.

The Demopolis skyline changed recently with the addition of a new water tower by the river. The tower, built to replace the old tower by the river that was built in the 1930s, will be fully functional by Sept. 1, according to Demopolis Water Works general manager Brooks McCants.

“It’s ready to be filled, but it will be around Sept. 1 before we begin using it,” McCants said. “We will then valve off the old tank for two weeks to make sure there aren’t any problems, then we will completely shut off the old tank.” 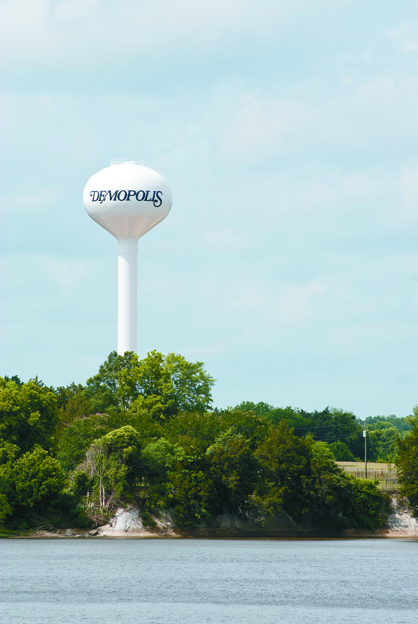 The new water tower should be in full operation by Sept. 1.

McCants said there are a couple of options for the old tank once it is out of service.

“We can either demolish it, or if the Historical Society or somebody wants it, we’ll donate it to them,” he said.

The new tower will hold 500,000 gallons, which is double that of the old tower. It is also 187-feet tall, compared to the old tower which is around 130-feet tall.

“That well is underutilized right now,” he said, “and this will allow us to utilize it better.”

McCants said the new tank has a pressure reducing valve station at the base of the tower to help regulate the water pressure to the area north of the railroad tracks that it services.

“The pressure will be higher with the new tank, so this will make it easier for us to set it,” he said.

He said the reason for the replacement of the old tower is that no maintenance had been done to it since it was built. 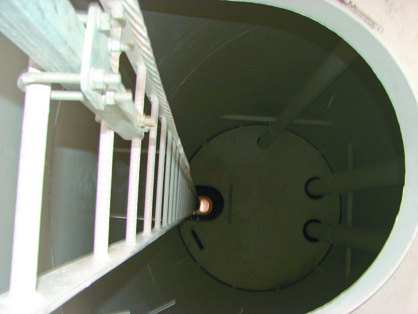 A rare peek inside the tower itself.

“An internal visual inspection should be done every three years,” McCants said, “and then the paint schedule should be set from there. If the paint on the inside or outside needs work, that’s when we’ll figure out when we will work on it. If it looks good, we check again in three years.”

The tank was built and painted by Phoenix Fabricators, based out of Avon, Ind. They specialize in building and rehabilitating tanks.

McCants said the next rehabilitation project will be on the Highway 80 West tank, then the Tosco Road tank and the Foster Farms tank.

“I’m trying to standardize all of the tanks with the same paint scheme with the script ‘Demopolis’ written on them,” he said.

For more about the tower, see the June and July edition of “Demopolis The Magazine,” available at more than 50 locations across Marengo County.