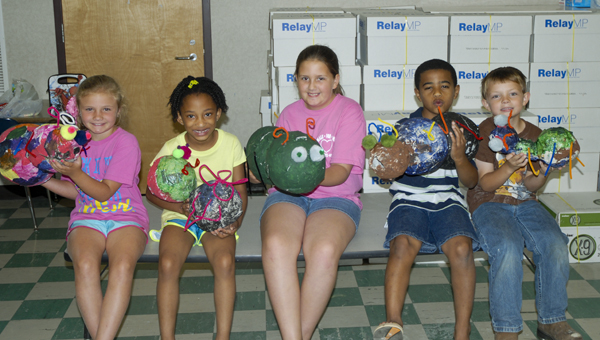 Students at Westside Elementary made cheese nachos with solar power and learned some basic principles of science during the science enrichment camp this week.

Children who attended the camp were able to experience several different aspects of science.

“I tried to do one day of biology, one day of chemistry and one day of physics,” Deborah Boykin, science teacher at Demopolis High School, said. “They were able to use microscopes and have a lot of hands-on activities that they don’t normally get during school.”

During the week, the children made solar ovens in which they made cheese nachos, as well as paper mache insects. They also learned about pH levels and chemical reactions. 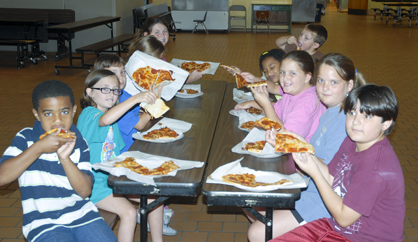 Students attending the Westside Elementary science enrichment camp enjoyed the pizza they made on Thursday.

“The chemistry was my favorite part,” Marshall Duke, a student at the camp, said, “because we mixed vinegar and baking soda and it was supposed to be like an airbag.”

On the final day of the camp, they made pizzas and were able to eat them for lunch.

“My favorite part of the week was making the pizzas,” Abby Williams said. “It was fun to figure out how they make pizza.”

The final enrichment camp will be the week of June 24 when the Missoula Children’s Theatre comes to Demopolis for children to audition and be in their play. Elementary and middle school-age children can audition at 8 a.m. on Monday, May 24 at the DHS auditorium.

The final performance for the Missoula Children’s Theatre will be Friday, June 28 at 5 p.m.