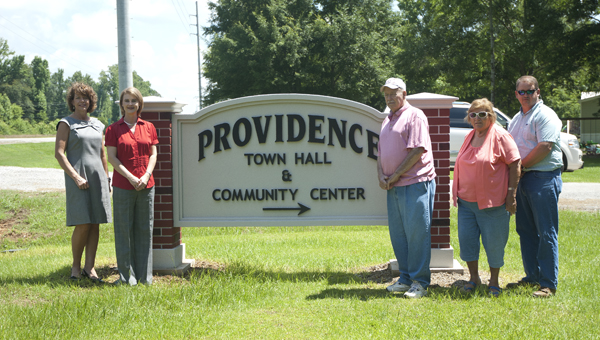 The town of Providence received a new sign earlier this month through the Alabama Power Foundation Gateway Grant.

Marengo County Economic Development Authority director Brenda Tuck said when she first came to Marengo County in the spring of 2012, she went around to the different municipalities in the county asking them what they needed for their community.

“The people of Providence told me the only thing they needed was a new town sign,” Tuck said.

The town sign Providence had before the new one was constructed had weathered and decayed, and it was barely legible. 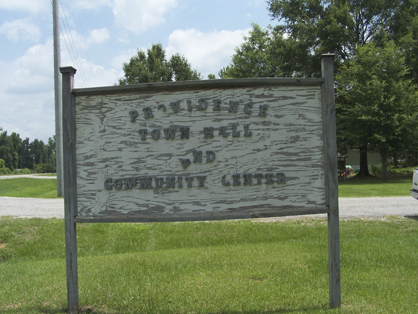 The old Providence sign was faded from weather and old age.

“We appreciate Alabama Power, the Foundation, and all that they do for our communities,” Tuck said. “They really make a positive, lasting impact on everything they partner with us to do, and we could not do it without them.”

Dan Gunter of Linden, who owns The Crafty Nest with his wife Joy Lee Gunter, constructed the sign.