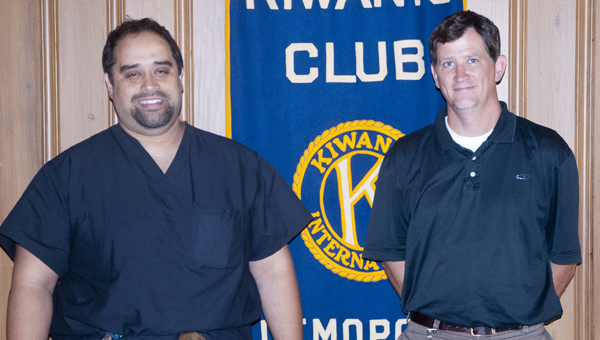 Bryan W. Whitfield Memorial Hospital is welcoming a new general surgeon to the area this week as Keith Roberts, M.D., has moved to Demopolis to open Two Rivers Surgical Associates.

Roberts said he decided to go to medical school after his grandfather had surgery that he believes added 10 years to his life.

“His surgery made me want to get into medicine,” Roberts said. “I was always interested in science, so I decided to go to medical school. It wasn’t until I was there that I decided to go into surgery.”

Roberts is sharing an office with Dr. Gina Phillips, who also recently started in Demopolis as a rehabilitation physician.

“It’s a good fit sharing the office with Dr. Phillips,” he said. “We may at some point move out, but it’s working well right now.”

Roberts said his move to Demopolis was due in large part to the expanding market in the Birmingham area.

“There are so many hospitals in a 45-to 50-mile radius in that area, and I wanted to be somewhere that I know I’m needed,” he said. “I know I will be busy here, but that’s the way I want it to be. This is the only major hospital within 45 miles, so I know I’ll be productive here.”

The hospital will host a Chamber After Hours event Thursday, June 27, giving people the opportunity to meet Roberts and Phillips. This will be held from 5:30-7 p.m. in the BWWMH outpatient building on the second floor.