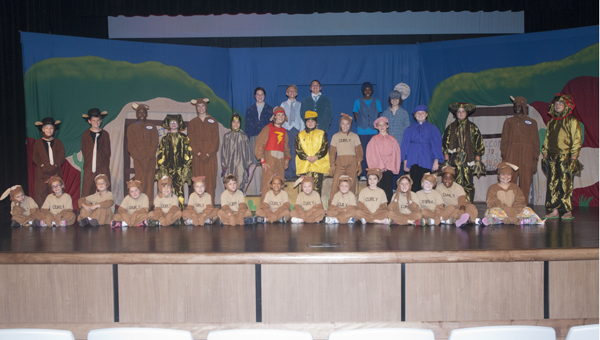 Children in grades kindergarten through eighth participated in the Missoula Children’s Theatre production of “The Tortoise Versus the Hare” on Friday at the Demopolis High School Auditorium.

The Missoula Children’s Theatre returned to Demopolis this summer during the week of June 24-28, and children in kindergarten through the eighth grade participated in the production of “The Tortoise Versus the Hare.”

Auditions for the play were held Monday, June 24, and the children had just four days to learn the songs and their lines for the Friday show.

The show was held Friday at 5 p.m. at the Demopolis High School Auditorium.