Also named to the staff were Lawrence Frank and Eric Hughes. Doug Overton will continue to serve as an assistant coach for the team. 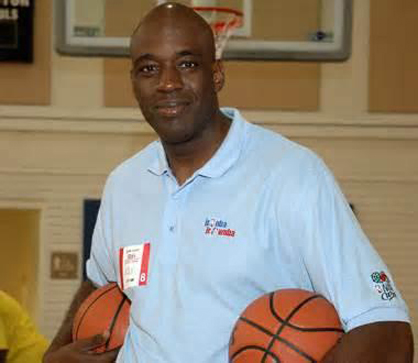 Gallion native Roy Rogers has been named to Jason Kidd’s coaching staff on the Brooklyn Nets.

“I am very pleased to add Lawrence, Roy, Eric and Doug to my stay,” Kidd said. “They collectively bring a wealth of NBA experience to our bench, both from a coach and player perspective. This combination will not only prove beneficial to me, but will be an invaluable asset to our players as well.”

Prior to his first stint with the Nets, he coached in the NBA Development League with the Austin Toros, Tulsa 66ers and Huntsville Flight.

Selected 22nd overall in the 1996 NBA draft, Rogers spent three years in the NBA as a player. He averaged 4.8 points and 3.5 rebounds per game in his NBA career. He played for Vancouver, Boston, Toronto and Denver. He also played four seasons of professional basketball internationally with stops in Russia, Italy, Greece and Poland.

He is the son of Roy and Nadine Rogers of Gallion.