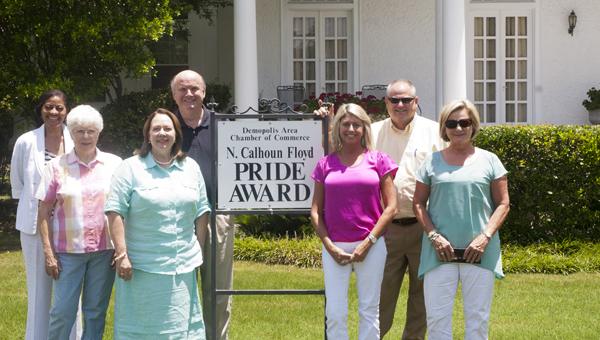 The award is for the owners of the home that best displays pride in where they live. John Northcutt said he and his wife are honored to receive the award.

“We’re honored to be recognized, and we appreciate the award,” he said. “Nancy and I want to recognize her mother, Rose Crenshaw, for her help and inspiration in our yard.”

Their home, named Lockwood, in honor of the home’s architect Frank Lockwood, was built in the late 1920s by Morris and Carrie Simon Stern. The Stern and Simon families were prominent Jewish merchants in the Demopolis community at that time.

The Sterns sold the house to the James Webb family in 1033, who then occupied the home for more than 60 years until the death of James C. Webb in 1993. John and Nancy Northcutt bought the home in the spring of 1994.