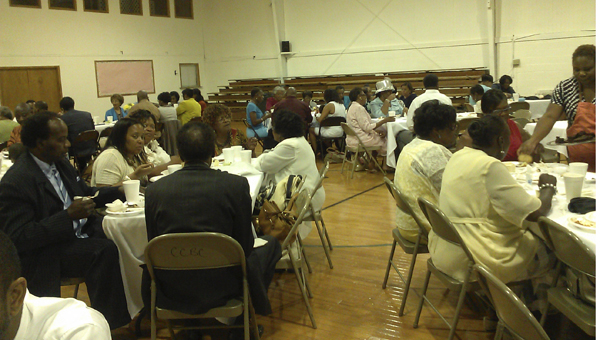 Being in the same place for 28 years is a long time for most people, but for Fred Moore, 28 years is just the beginning.

Moore celebrated his 28th anniversary as pastor of Christian Chapel Baptist Church on Sunday, July 14. When he began preaching at the church in 1985, he was 23 years old, and it was his first, and only, full-time preaching position. Out of all of the churches within the city limits of Demopolis, Moore is the longest-tenured pastor.

“The Holy Spirit guided me to Demopolis,” he said. “I never thought I’d be in Demopolis this long, but the work here is so great, and the people here are great.” 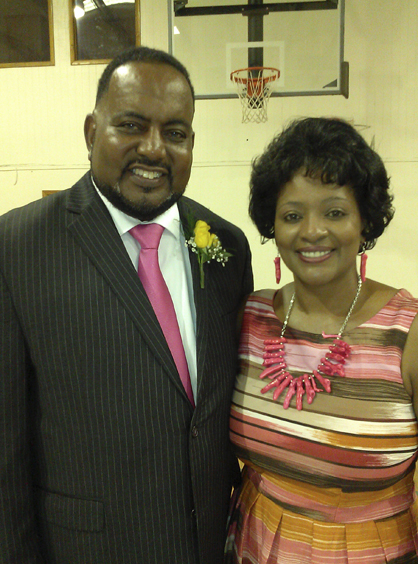 Moore added that, even after 28 years, his passion for what he does is still great.

“My excitement about what I do and about the church is the same as it was when I started,” he said. “My commitment is greater now than it was, and my love for what I do, and for the community, is beyond words. The people here have really made it easy for me to stay.”

Moore said that what keeps him so energized about the church and the community is the growth that he has seen over the last 28 years.

Moore said that he hasn’t had to work with in-house fighting and people not willing to change in his church, and that is another big reason for the growth of his church and his commitment to Demopolis.

“I have always been one to embrace change, and the congregation has done that as well,” he said. “We’ve moved our church from the east side of town to the west side of town since I’ve been here. That’s a really big change, and we all embraced it.”

He added that in the future, he wants to have a stronger commitment to Demopolis.

“I want to work on expanding our evangelistic work that’s needed in the area,” he said. “I want to add more to our ministry with things like housing, jobs, better homes. We have aided in these areas, but we really haven’t tapped into that as much as we should have.”

Moore said that there are still between 25 and 30 members of the church that have been members throughout his 28 years at the church.

“We’ve had some pass away recently, but there are between 25 and 30 left out of 400 from the original congregation,” he said.

He added that he didn’t know how long he would continue preaching, but that he hopes to continue for at least another 20 years.

“I want to thank the Demopolis community for embracing me as a homegrown pastor, and especially the congregation for allowing me to make mistakes and grow with them,” he said. “It’s all about Jesus Christ and his work.”

Christian Chapel holds Sunday School services at 9:15 a.m. and the regular church service is at 10:30 a.m. Wednesday night Bible study is at 6 p.m.