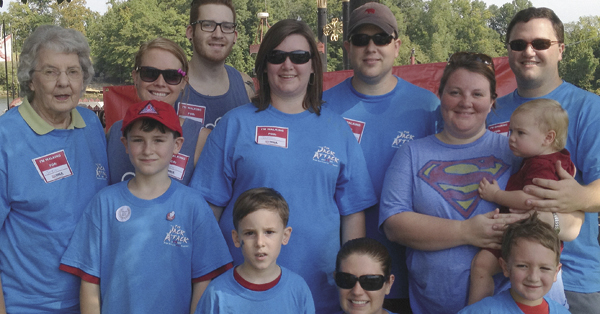 Jackson Hutton, a 10-year-old Demopolis boy, has been chosen youth ambassador for the “Step Out: Walk to Stop Diabetes” event, which will be held Sept. 7 in Tuscaloosa.

Jackson, son of Scott and Ashley Hutton, was diagnosed with Type I Diabetes in January 2010 after being sick for nearly a month. 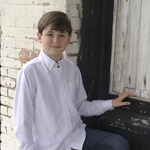 “When we found out for sure that Jackson had Type I Diabetes, I remember thinking ‘That’s something that changes your life forever, and it just couldn’t happen to me or my family,’” said Ashley Hutton. “It was truly terrifying, but we were so thankful to finally know what was wrong with Jackson.”

In the months following his diagnosis, Jackson and his family built a daily routine to help cope with diabetes. Jackson has to check his blood sugar 6-8 times a day and take insulin shots 4-6 times a day. He has to eat on schedule, but he has to be careful about what he eats because wrong foods can make him ill.

“It’s interesting to watch how our entire family helps Jackson,” said Ashley. “Our middle son, Chandler, is like Jackson’s right hand man. He always makes sure that Jackson is eating the right foods, counting his carbs and taking his shots.” 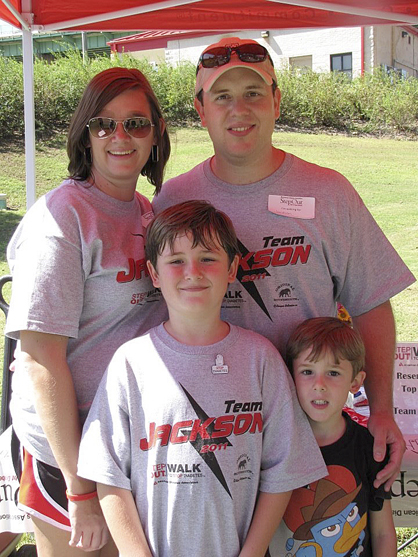 Ashley and Scott Hutton with sons Jackson and Chandler at their first Step Out: Walk to Stop Diabetes walk in 2011.

Of the thousands of people attending Step Out: Walk to End Diabetes, Jackson was chosen as the 2013 youth ambassador. Jackson’s picture and story will be send out in e-mail blasts to encourage donations for the event, and the day of the event Jackson will share his story with all of the participants.

The Hutton family participated in their first Step Out event in September 2011. They participate in the walk every year, and each year they win the Top Family Team award for raising the most money.

Last year, the Hutton’s raised nearly $2,000 through community donations and a fundraiser of their own. The family fundraiser, known at Step Out: Walk to End Diabetes Lunch Plate Fundraiser, was started by the Hutton family last year as a way to collect more money for the American Diabetes Association.

“I feel like my calling is to be an advocate for diabetes research,” said Ashley. “My mission is to spread the word. We need a cure for this, and I want to do what I can to help.”

The Hutton family’s second annual lunch plate fundraiser will be held Aug. 9. Tickets for a lunch plate are $8, and the plate includes a chicken salad sandwich, pimento cheese crackers, chips and dip and a brownie.

Lunch plates can be picked up at the Save-A-Life building between 10-2 on Aug. 9 or delivered upon request.