The First Bank of Linden would like to congratulate Ruth W. Etheridge on her graduation from Alabama Banking School. During the three year program, she served as class secretary.

She joined the First Bank of Linden in 2008 and is currently an executive assistant. She has also worked as a teller and loan recovery officer. 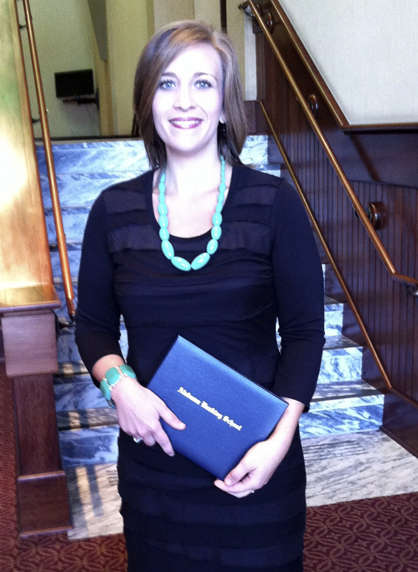 She is a graduate of Faulkner University with a Bachelor of Science degree in business administration. Since graduation, she has worked in banking and has participated in Leadership Marengo.

She is married to Trey Etheridge of Thomaston, and they have two children: Layne, 5, and Walt, 4. Her parents are the Rev. and Mrs. Tom Williamson of New York.