The Demopolis Elite Soccer Club has hired a new coach to help with the operation of the club.

Paschal Dunne has been named the Director of Coaching and Operations for the club, and will work to develop young soccer players so they can be successful at higher levels in the game.

Dunne, originally from Dublin, Ireland, played at the college level at the University of Alabama at Huntsville from 1983-87, where he was named Best Defensive Player in 1985 and Most Valuable Player at UAH in 1986. He was also inducting into the UAH Hall of Honor in 1996. 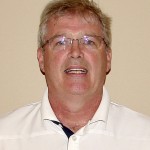 “The key will be starting with the basics,” Dunne said. “You can’t compete without skill, and that’s what we will teach up until about 14-years-old. After that, you start focusing on tactics and winning matches.”

Dr. Ronnie Chu, a founder of the club, said he wants to be able to work with clubs from Tuscaloosa and Birmingham.

“You can’t have more than six players from the same high school team on the same club team,” Chu said. “They can be in the same club, just not the same team, and if we can work and train with Tuscaloosa and Birmingham clubs, we can mix the players in.”

Dunne said not only will he be teaching younger players about the game, but he will also be teaching parents how to coach the game.

“We want the parents to know more about the game so they can help their children become better players,” he said. “It will be good for the community and for the players to be more active.”

Chu added that the club can help combat childhood obesity by keeping the kids active.

“We want to develop our city club so we can hopefully attract players from towns close by,” Chu said. “Soccer is one of the largest growing sports in the world right now.”

Dunne said that seven or eight players that he coached at the college level have gone on to be head coaches themselves, including Graeme Orr and Matthew Thorne, UWA men’s and women’s head coaches, who also help with the Demopolis Elite Soccer Club.