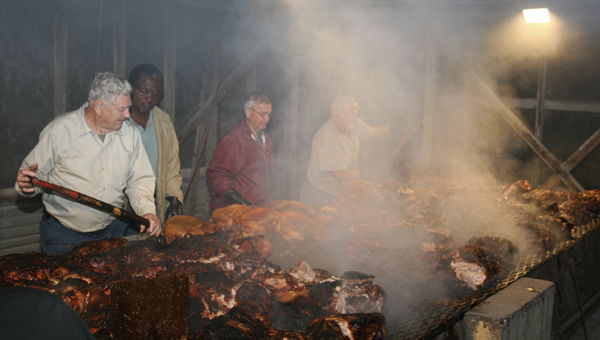 A concrete pit on the grounds of the Jefferson Community Clubhouse is the site for both the annual Jefferson Barbecue and the Jefferson Volunteer Fire Department Barbecue. It’s an all-night cooking that requires a team of hard workers. Pictured left to right are Joe Coats, Bobby Daniels, Buddy Lindsay, and George Norris.

EDITOR’S NOTE: For more about the Jefferson Community Club, see the August and September edition of Demopolis The Magazine, which is being distributed this week at 50 locations throughout Marengo County.

Since its start 60 years ago, the Jefferson Community Club has been a meeting place for people who enjoy each others’ company and want to make a difference.

Full of rich history, fundraising and covered dish meals, the club is home to more than 50 members ranging from ages 1-92.

“While we know everyone here, there are always new people stopping in for a visit and dinner,” said Lucretia Norris, the club’s oldest member. “Nothing has changed since ‘53. I should know; I was here.” 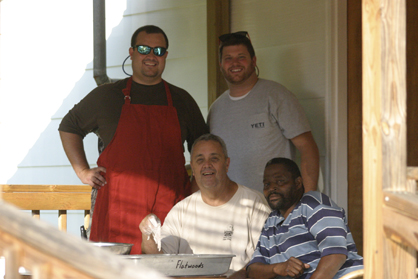 Started in 1953 by members of the community, Jefferson Community Club was one of five community clubs in Marengo County at that time. The clubs served as volunteers in the community, but they also competed against one another in three categories: home, farm and community development.

“Every year we would write up essays on the three categories. We had to explain in great detail the projects we had completed pertaining to each one. Then the judges would come around and read each essay and grade us,” Norris said. “Our biggest rival was Gallion Community Club, but by the number of plaques on our wall you can see that there wasn’t too much rivalry.”

Jefferson Community Club is the last remaining community club in Marengo County. Though they no longer compete, the club still offers their services to the community.

Each year, the third Saturday in April, an annual club barbecue is held to raise funds for the maintenance of local churches, cemeteries and the community club. 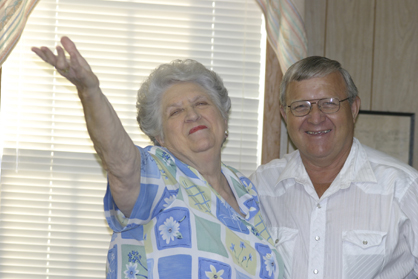 In the past, members paid $2 a year to maintain the club, but the barbecue gives members a chance to raise this money as well as money for other causes.

“The big question always is, ‘Why did Jefferson Community Club continue all its other efforts of service and fundraising, when what had become the main reason for sticking together no longer existed?’ I think it’s just a drive, a sense of hospitality, a deep-rooted love for community that has been passed through the generations,” Betsy Compton, a member of the club, said. “It’s the foundation on which our club was established. It’s what we do as a family, related or not. We all were raised with the understanding that we were to give to our community and share the responsibility with our neighbors. We’re a faithful group, for sure.”

Because of its prime location in Jefferson, the club is also home to Tuesday night domino games, quilting club, wedding receptions, bridal and baby showers and birthday parties.

“Basically, if it involves food of any sort, we’ll host it,” Compton said. “If there’s one thing this club knows how to do, it’s eat.”

For the past 60 years, the club has never missed a meeting. Members meet on the last Thursday of every month for a covered dish dinner and business.

“Even when a power outage caused the lights to be out, we ate by candlelight and were together,” Norris said. “We’ve even had meetings where less then 20 people attended, but the core is still there, and it’s strong.”