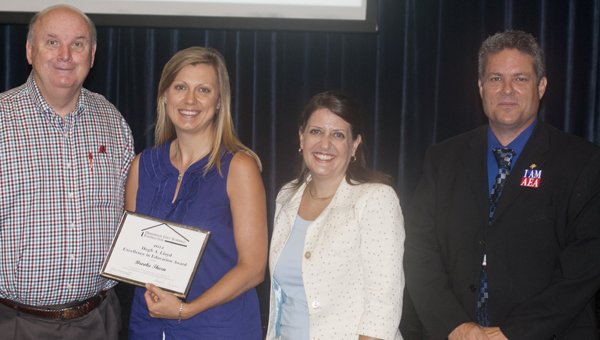 Brooke Thorn, a math teacher at Demopolis High School, is the 2013 winner of an annual award given by the Demopolis City Schools Foundation.

Thorn learned Monday that she received this year’s Hugh A. Lloyd Excellence in Education Award.

The honor is given annually to a teacher who shows commitment to the Foundation’s mission of fostering and promoting excellence in the school system.

The winner is chosen from among teachers who received classroom grants from the Foundation the previous academic year.

The Foundation’s grants committee votes on the winner after reviewing reports teachers submit each spring detailing the impact grants made in their classroom.

The award comes with an additional $1,000 classroom grant that can be used at the teacher’s discretion.

Thorn’s grant put Smartboards in all of the math classrooms at the high school.

DCSF Executive Director Amanda Barnes said the high school saw impressive results on the math portion of the graduation exam after the Smartboards were installed.

Out of the 25 students who took the math portion of the AHSGE, 15 passed, including seven special education students.

Of the remaining 10 students, all showed an improvement over their last test. Some students doubled and even tripled their scores from the last time the test was administered.

“Our students are very technology based generation, so being able to bring a new, advanced technology such as the SmartBoard into the classroom has brought the math classroom “up-to-date” with our students,” Thorn wrote in her grant report. “The SmartBoard and its technology is something that they can relate to, which increases their interest in learning the material.  I have seen students who were always reluctant to go to the board be eager to volunteer to do work on the SmartBoard.” 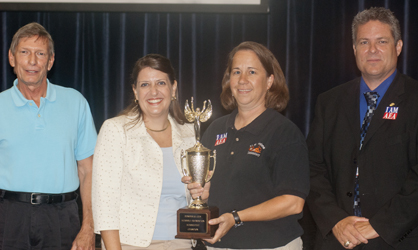 This marks the first year a high school teacher has won the award since it was introduced in 2008. The was also Thorn’s first year to submit a grant request.

During Monday’s teachers’ meeting, Barnes also gave a trophy to the school that raised the most money during SchoolFest. In a close race this year, US Jones captured the trophy back from Demopolis Middle School.