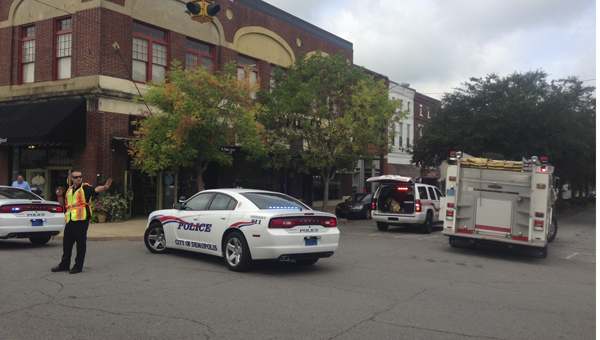 Demopolis first responders were called out to the Mustard Seed for a small electrical fire. It caused minor damage to the building. (Photo by Jay Reynolds)

Demopolis Fire and Rescue and the Demopolis Police Department responded to the Mustard Seed downtown Tuesday morning for what turned out to be a small electrical fire.

Capt. James Bailey of Demopolis Fire and Rescue said a wall outlet shorted out, and  little damage was caused to the building.

“It really wasn’t even a fire,” Bailey said. “An outlet shorted out, causing a spark and some smoke. Some wires were damaged and the Sheetrock around the outlet where we had to check for the problem had to be taken out. Other than that, there was no damage.”

The business remained open for business and no one was injured.