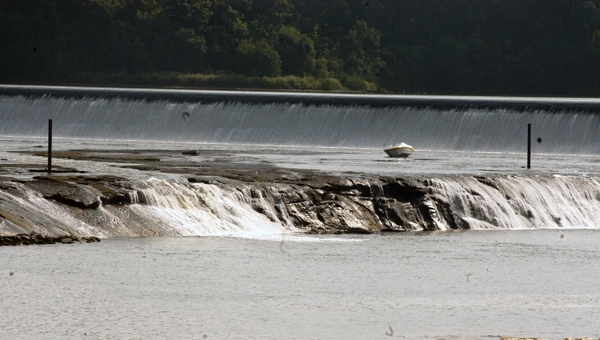 A boat that went over the Demopolis lock and dam was still stranded there Monday morning. The boater was rescued after three hours and taken to a hospital for treatment.

A Wilcox County man was rescued Sunday night after going over the Demopolis dam and being stranded for more than three hours.

Leonard Jordan from Arlington went over the Demopolis lock and dam in a ski boat around 7:15 p.m. Someone at Lower Pool Park witnessed the incident and called 911.

“Someone was down at the lock and saw him go over,” said Demopolis Police Chief Tommie Reese.

The agencies put several boats in the water but had a difficult time reaching Jordan, who had run aground on limestone rocks. 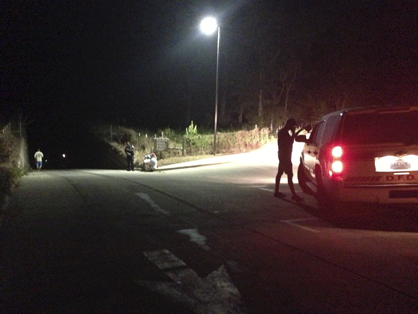 Brandon Smith of the U.S. Army Corps of Engineers was one of the many first responders.

“Those guys got over there to where he was but couldn’t get to him,” Smith said. “That water is pretty swift and dangerous.”

The Coast Guard, Curt Porter with the Department of Conservation and Natural Resources as well as Smith and Ben Sherrod with the U.S. Army Corps of Engineers eventually reached Jordan using a rescue line.

“It took several different tries just to get to him,” Smith said. “It was scary for everyone. If you lose your footing on those rocks — it’s kind of a dicey situation. I don’t know what he would have done without those guys. He’s lucky to be alive.”

Mike Daniels and Robert Cox with the Corps of Engineers worked to stop river traffic while the rescue was ongoing.

“A boat locking through could have changed water levels on the shelf and moved the boat,” Smith said. “It’s not often that river traffic is stopped, so they were a big help.”

A special swift water rescue team out of Shelby County was called for but later cancelled when crews reached the boat.

Jordan was rescued just after 10 p.m. after being stranded on the rocks for about three hours.

He was taken to a hospital for treatment. He said his ribs hurt, but he was alert and talking during the entire ordeal, Reese said.

Given Sunday’s water level, the boat dropped about 25 feet but landed upright.

“He was talking and very much conscious. He was very appreciative of the rescue team’s efforts,” Reese said. “He’s a very blessed man because it could have been a lot worse.”