Joint funeral to be held Sunday for Robinson, Boykin

Former Linden quarterback Anthony Robinson Jr. and a 12-year-old Demopolis student lost their lives Sunday afternoon as a result of injuries sustained in a two-car accident.

The accident happened about 4:50 p.m. on U.S. 43 two miles south of Linden. Robinson, 19, was driving a 1996 Chevrolet Blazer that collided with a 2013 International semi-truck driven by Leonard Essex of Demopolis. 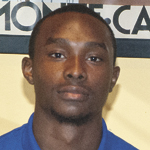 Robinson and his passenger, Christopher “C.J.” Boykin, a Demopolis Middle School student, were both killed.

Essex was injured and transported to Bryan W. Whitfield Memorial Hospital for treatment. 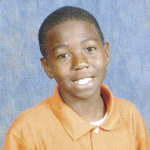 Robinson signed earlier this year to play defensive back for the University of West Alabama. He was a four-year starter at quarterback and safety for the Linden Patriots, earning All-State honors three times.

“Anthony was a tremendous young man, always happy,” Hall said. “He had that rare ‘it’ factor that is difficult to explain, but very easy to see. People were drawn to Anthony and he to them. Very rarely does a freshman impact a team right away, but Anthony had already had a tremendous impact on our football team in a very short time. He was a great player, but an even better person. That is so painfully obvious by the way the entire town of Linden and our football team is hurting right now. … We will continue to press forward because we believe that’s what Anthony would want us to do.”

“Anthony was a wonderful young man, and we all lost a lot as a community,” Thurman said. “Everyone is so close in a small school, and it’s like a family.”

Thurman added that four pastors came to help the football team deal with the loss of their former teammate Monday, and that the Rev. Robert Pearce Jr. from First Baptist Church of Linden was at the school Tuesday to help students.

Demopolis City Schools Superintendent Al Griffin said grief counselors were in place to help students cope with the loss of Boykin when they returned Tuesday from Labor Day holiday.

“Any time a child is lost, it’s very difficult for the family, but also the school, the teachers and friends,” Hathcock said. “C.J. was outgoing, and he was very popular. We had grief counselors on hand this morning, and that was good for some of the students.”

Troopers released no further information as they continue to investigate.

A joint funeral for Robinson and Boykin will be held Sunday at 1 p.m. at the Linden High School gymnasium. Abernathy’s Funeral Home in Linden is handling the arrangements.