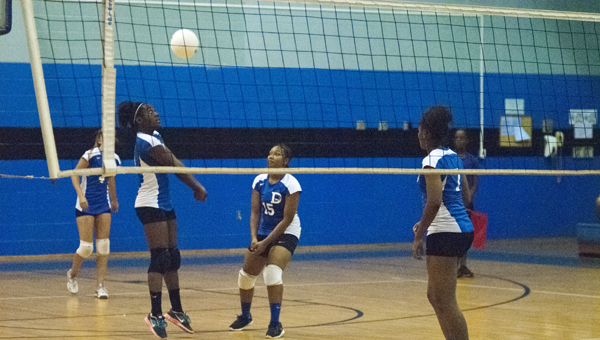 The Demopolis Lady Tigers volleyball team improved their record to 2-2 Tuesday night after defeating both Hale County and Jackson High School in a tri-match.

Demopolis opened the night against Hale County and won the first set 25-18. In the second set, the Lady Tigers trailed 12-9, but a timeout by head coach Blythe Smith got the momentum back in their favor. Demopolis completed the comeback and won the second game 25-16.

Much of the comeback came off of serves from Brianna Pruitt and Ivery Moore.

“Winning changes the way we play,” Smith said. “Now that we’ve won, the girls know they can win. This match showed us that we can’t let up and that we have to play until the end.” 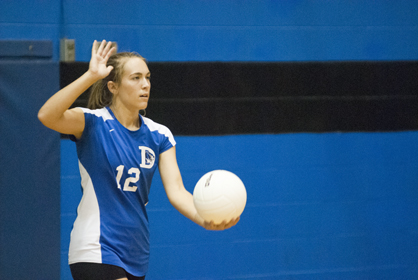 Senior Riley King gets ready to serve in Demopolis’ match against Jackson High School on Tuesday.

In the second set, the Aggies led most of the way, but the Lady Tigers didn’t quit working hard.

After training 12-7, Demopolis came back to tie the set at 14. Jackson regained the lead and stretched it to three points on two separate occasions, but each time, Demopolis fought their way back into the match. With the set tied at 21, the Lady Tigers jumped ahead 24-21. The Aggies tried to fight back and brought the score within one, but Demopolis got the final point and clinched the match 25-23.

Riley King and Jacqueline Banks both had key serves late in the match to help secure the win for Demopolis. 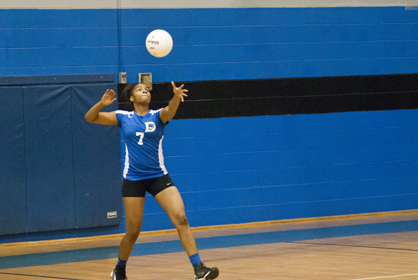 Smith added that the wins give the team a lot of confidence heading into area play Thursday against Sumter Central.

“Winning helps give a mental edge, and I’m glad we had these games before Thursday,” she said. “Our serving was a lot better tonight, so I was pleased with that.”