Tigers fall to Saraland on the road 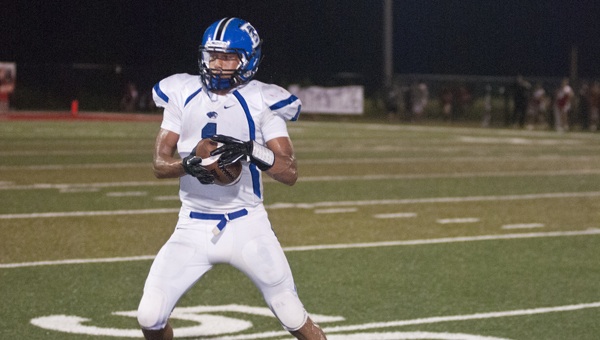 Demetrius Kemp brought the Tigers within 7 in the third quarter with a 72-yard touchdown reception.

The Saraland Spartans handed Demopolis their first loss of the season Friday night after a poor offensive performance by the Tigers. The Tigers fell to Saraland 24-10.

“We were outcoached tonight,” Demopolis head coach Tom Causey said. “We got beat by a good team tonight.”

The Tigers opened the game with the defense playing strong, but the offense could not capitalize on favorable situations.

Demopolis took a 3-0 lead late in the first quarter on a 32-yard field goal by Leif Midgorden, but Saraland answered early in the second quarter on a 7-yard touchdown run to make the score 7-3. 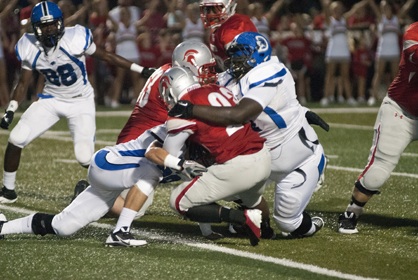 Hollis Bright finished the night with 5 solo tackles and 3 assists.

Despite being down a touchdown, Demopolis still outgained the Spartans in the half 146 yards to 134 yards.

Demopolis answered right back with a long pass of their own. Tyler Oates connected with Demetrius Kemp for a 72-yard touchdown to bring Demopolis within 7 once again.

Demopolis had their chances, though, as Tyler Perkins returned a fumble from the 2-yard line down to the Saraland 20. Demopolis got down to the 3-yard line on third and goal, but were unable to punch it in.

“This one is on nobody but me,” Causey said. “We didn’t play very well, and they just came out and outplayed us.”

Cortez Lewis led the Tigers on offense with 84 yards receiving on 5 catches. Rahmeel Cook led the way defensively with 8 solo tackles and 3 assists, and Hollis Bright had 5 solo tackles with 3 assists.