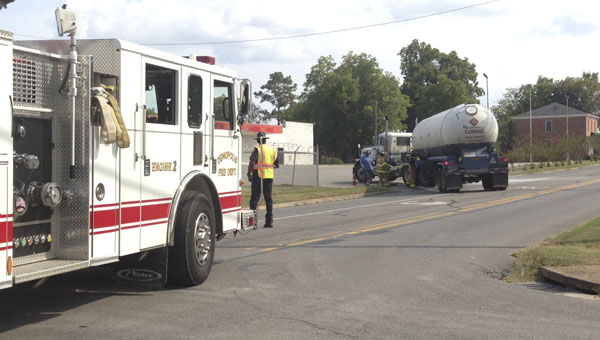 Firefighters clean up from a small fire and hydraulic  fuel spill after an empty oil truck jack knifed on Cedar Avenue in front of Demopolis First United Methodist Church.

The driver of the truck was partially able to get off Cedar Avenue and into the old Marvin’s parking lot after experiencing mechanical issues. 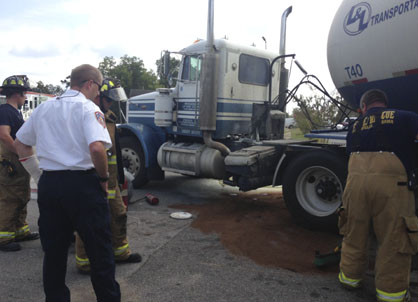 Demopolis Fire and Rescue works to clean up after a small truck fire Wednesday afternoon.

Demopolis Fire Chief Tommy Tate said he was told the driver’s trailer brakes locked up after an air line broke.

The small fire occurred after a break in a hydraulic fuel line. Demopolis Fire and Rescue responded to the fire and cleaned-up the spilled fuel.

Demopolis Police were also on the scene redirecting traffic around the accident. 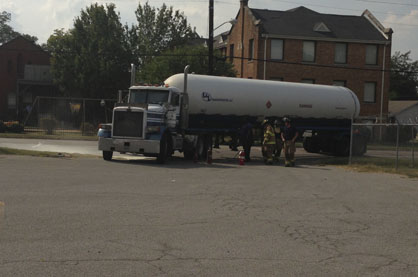