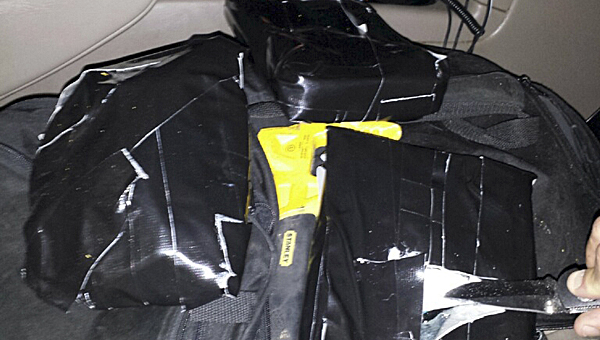 Task Force Commander Clint Sumlin said agents found the cocaine in the dash of a pickup in an aftermarket compartment during the stop.

“Following the stop, the truck was towed and the two guys were taken to the Greene County jail,” Sumlin added. “We don’t have a lot of this in our area, so it was good to catch it when we had the opportunity.”

The case has been handed over to the Drug Enforcement Agency.

The task force, which was started by District Attorney Greg Griggers, is looking to receive grant funding from ADECA in the coming months.

The Greene County Sheriff’s Department and Eutaw Police Department were also on the scene for the stop.