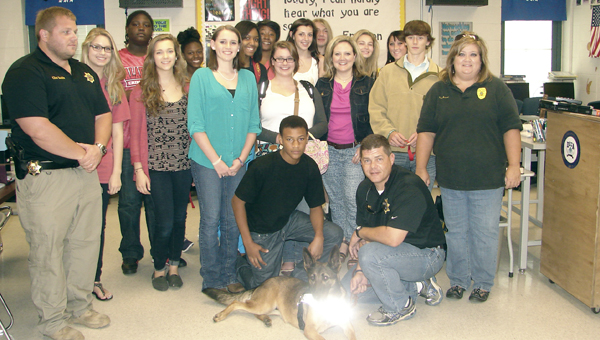 Students in Connie Davis’ law and society class at Demopolis High School were visited by members of the 17th Judicial Drug Task Force on Wednesday.

Task Force Commander Clint Sumlin and agent Robbie Autery came to speak to the class about the work they do in their jurisdiction, which covers Marengo, Sumter and Greene counties.

The students were able to see photos from different drug busts in Sumlin’s and Autery’s careers, and they also got a special visit from another member of the task force, Suza. 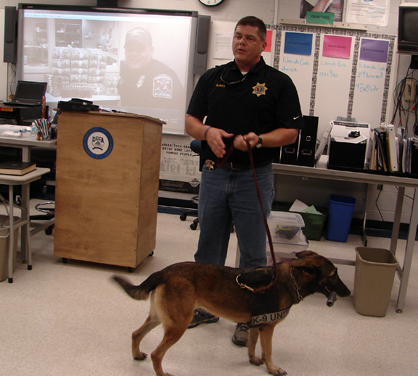 Agent Robbie Autery and his K-9 Suza held a demonstration during their visit to DHS Wednesday.

Autery demonstrated how Suza is able to do her job by hiding a synthetic drug in the classroom then bringing Suza in to find it.

The task force visits Davis’ class every year to speak about the dangers of drugs and what their job entails.