Congresswoman Terri A. Sewell’s office hosted a workshop Tuesday morning in Demopolis to educate the public more about the Affordable Care Act, also known as Obamacare.

Sewell was unable to attend the workshop herself, as she was in Washington, D.C.

The workshop opened with a video message from Sewell, though, outlining some of the benefits of the new system.

“The Affordable Care Act has put Americans back in charge of their healthcare,” Sewell said in the message. “I’m proud of the benefits many of my constituents have already received through the system. Every Alabamian deserves access to affordable, quality healthcare.”

The next speaker in the workshop was Jim Carnes, the communications director for Alabama Arise Citizens’ Policy Project. He spoke more about what people can expect from the system, whether they are already insured, or uninsured. He also addressed different plans available through the Marketplace and possible discounts for people at different income levels. 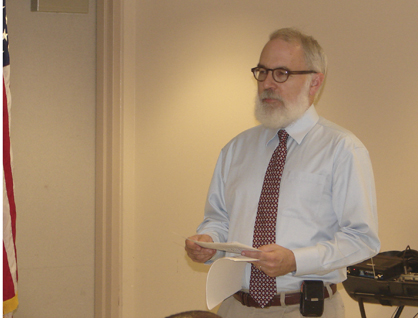 “Most people aren’t going to have to do anything to receive the new benefits,” Carnes said. “If you already have insurance through your employer, you don’t have to do anything. For those who are uninsured, open enrollment will remain open until March 31, 2014.”

Through the ACA Marketplace, there will be four different levels of coverage that pay different percentages for services. The bronze plan will pay approximately 60 percent on average, the silver will pay roughly 70 percent, the gold will pay 80 percent and the platinum will pay 90 percent. The premiums for the plans will go up as the levels of coverage go up.

For persons 65 and older, Medicare will likely be the best route to take for healthcare coverage because it isn’t part of the Marketplace. The ACA does, however, strengthen the benefits of Medicare with free preventive care, and it also lowers prescription drug costs.

To find out more about the Affordable Care Act, and to enroll in the Marketplace, visit www.healthcare.gov, or call 1-800-318-2596. Before you can start the enrollment process, basic information such as social security numbers, employer and income information and current policy information will be needed.