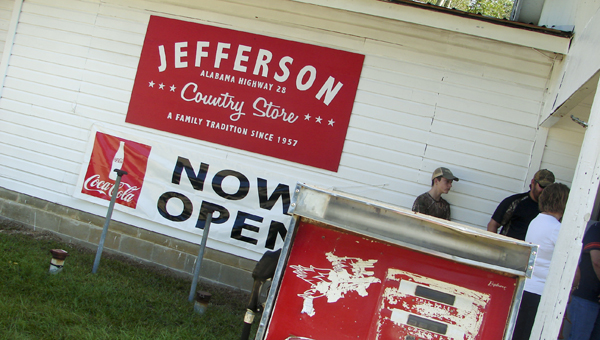 The renovated Jefferson Country Store held a ribbon cutting for its reopening Saturday. The store had been closed for a year.

Anybody coming through Jefferson on Saturday might have thought they had stepped back in time.

Kids playing checkers and munching on Moon Pies and RC Cola while their folks sit in rockers shooting the breeze — the scene was 2013 but could have easily been 40 or 50 years ago.

Betsy Compton is operating the store with her boyfriend Tony Luker. Compton’s biography is closely entwined with the store’s history.

Her late grandfather Hayward Compton bought what was then a 10-year-old business in 1967. Her father David operated it through 1976. He and Betsy’s late mother Connie again ran the store in the late 80s. 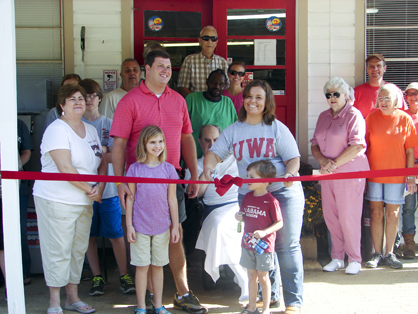 Since then, various members of the Compton family have either ran the store or leased it for others to operate.

Betsy Compton remembers as a young child in the 1980s living next door to the store in a house where the fire department stands today.

Her aunt, Hattie Compton Morgan, who still owns the store, most recently operated it until it closed last year.

“We’ve missed the store so bad this past year,” Compton said. “It had become a gathering place for our community. It was such a part of their routine.”

Deciding to reopen the store, Compton and Luker have worked at a more city-like pace in just a few months to renovate the store inside and out and restock shelves.

“Tony and I just started looking at the options on how we could get it open. It was a bit scary at first, honestly,” Compton said. “We thought we can give it a shot.”

Despite both having full-time jobs, the two were able to get the store spruced up and reopened within a couple of months.

Compton said people in the community would see them there working in the evenings or on the weekends and stop by to help.

“The more people saw us up there working, the more they starting stopping in to help us,” Compton said. “From the day we decided we were going to open the store has been two months. We got a lot of ducks in a row real fast.” 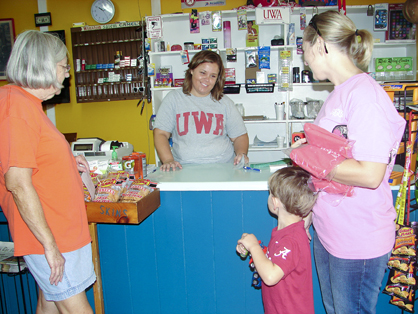 Compton visits with a young customer during Saturday’s ribbon cutting.

The store held a ribbon cutting Saturday to celebrate its reopening. Luker now works full-time as a manager and cook, while Compton is there in the evenings and Saturday. She also works as director of public relations at the University of West Alabama.

“Saturday was a huge day for us. That was our second Saturday of operation, and I’m seeing people in the store that I haven’t seen in several years,” Compton said. “One thing that’s important to use throughout this process is getting people together.”

Compton said she hopes the store can again become the community center she remembers as a child.

“We don’t have enough time for fellowship in our community as far as I’m concerned,” said Compton. “We don’t want that just [fellowship] on our grand opening — We want that every Saturday, for people to be able to relax and let go of their schedules for a while.”