Phillip Myers, a sergeant with the Alabama Beverage Control Board, has announced his candidacy for Marengo County Sheriff in next year’s election. 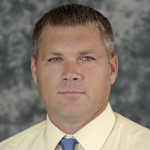 Myers has been in law enforcement since 1996, when he was hired by the Thomasville Police Department. Before beginning his career, Myers earned his associate’s degree from Alabama Southern Community College in criminal justice.

He served with the Thomasville Police Department until 2002, when former Marengo County Sheriff Jesse Langley hired him as a deputy.

“I respected everything he did as the Sheriff and agreed with the way he ran the department and the jail,” Myers said.

He served with the department until 2004 when he was hired by the ABC Board. In 2006, he was transferred to the narcotics division with the ABC Board, where he still works. He was promoted to sergeant in 2011, and he is responsible for 24 narcotics agents across the state.

Myers said he made his decision to run for Sheriff a couple of months ago.

“I realized I really have a heart for this community, and nobody has a greater impact on the community that the sheriff and his deputies,” he said.

Myers has several ideas for Marengo County if he is elected sheriff in 2014. The following are some of his ideas:

•Work to prevent crimes through a more proactive, community based approach to law enforcement

•Aggressively investigate property crimes such as burglary, theft, robbery and other crimes against persons

•Work toward accreditation of the Marengo County Sheriff’s Office. This would have the department operate under a set of standards created by the Commission on Accreditation for Law Enforcement Agencies, or CALEA. Among many things, accreditation reduces the department’s liabilities and insurance costs.

“I believe that law enforcement exists to serve the community,” Myers said. “It’s that simple. We are here to help those in need and protect others from harm. In many ways, today’s law enforcement has lost that vision. I would simply like a chance to restore that.”