Arrington to run for state representative

Patrick S. Arrington, an attorney from Greensboro, has announced his candidacy for District 72 State Representative. 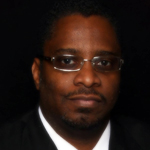 “After prayer and conference with family, I announce that I will be a candidate for the Alabama House of Representatives District 72,” Arrington said in a release. “The citizens of Perry, Hale, Bibb, Marengo, Sumter and Greene counties demand and deserve leadership that will address the needs that are important to them, with zeal and vigor. My years of legal service and my community involvement have given me the opportunity to see and understand the concerns of the average citizen in District 72.”

He added, “Improved funding for our educational system is a must, and the lack of job growth and industry has been a major obstacle for this district and the rest of the state of Alabama. With the support of the citizens of District 72, I will push the issues that greatly impact our community. When elected, I will be a representative for all of the citizens, and not just a select few. With guidance from God I am confident that we can face any challenge together as a people. Therefore, I am asking for your support and vote.”

The primary elections for this office will be held in June 2014.

Ralph Howard currently serves District 72, and was first elected during a special election on May 3, 2005.