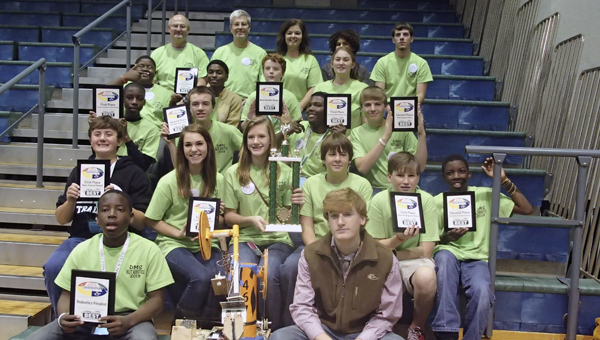 The Demopolis Middle School Robotics Team competed in the BEST competition at Shelton State on Saturday and earned a trip to the Southeast Regional Competition at Auburn University.

For DMS, the Nov. 2 Boosting Engineering, Science and Technology competition was their first major competition, and many of the teams they were competing against were high school teams. DMS Robotics Team sponsor Ashley Brock said the team exceeded expectations by making it to Auburn. 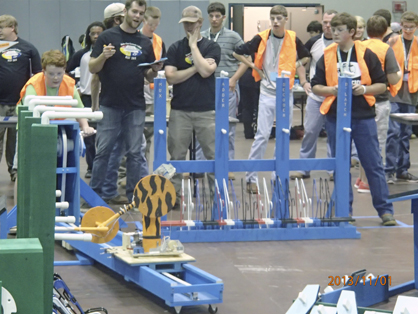 The DMS Robotics Team had to build a robot that picked up and placed items in specific places during the competition.

“These kids put in a lot of hours after school and on Saturdays,” Brock said, “and I think it really showed them what hard work can do.”

The students were given a box of materials and were asked to build certain things with the materials.

“The competition allowed them to learn about science and technology while working as a team,” Brock said. “It was extremely competitive, and there was as much pressure as they would have at any sporting event.”

In addition to winning second place in the BEST Award, the other awards the team brought home were: 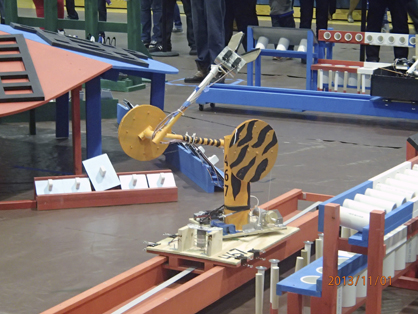 In addition to Brock helping with the team, several others are team mentors, including Chris Stewart, James Lee, Jonathan Stewart and Thomas Langham from Georgia Pacific, and Sheri Jones from the Alabama Technology Network.