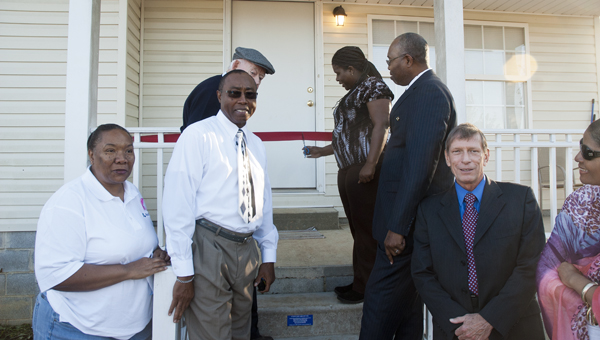 The Demopolis Area Habitat for Humanity just completed their second home, and the new homeowner moved into the house following a ribbon-cutting ceremony Sunday.

Carolyn Jackson, a Demopolis resident, was welcomed into her new home on East Fulton Street by a large crowd up Habitat supporters.

“This means a lot to me,” Jackson said. “It’s real important to me to be a first-time homeowner. Habitat for Humanity did a great job on the home. It’s really great.”

Jackson signed the closing papers on the home on Thursday, Oct. 31, and officially moved into the house Sunday, Nov. 3. 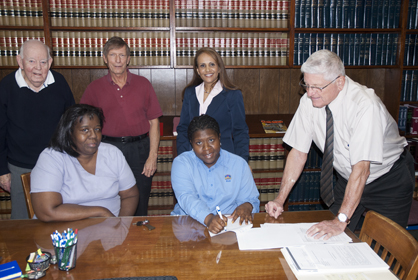 Freddie Charleston, a founding member of the Demopolis Area Habitat for Humanity, said building this house wasn’t easy, but they got it done.

“It was a long, hard struggle because of the economy and some other factors, but we made it,” he said. “By the grace of God, we made it.”

Dick Kirkpatrick, a member of the Demopolis Habitat for Humanity board, was instrumental in getting materials together and having the necessary work done to the house to get it ready to be moved into.

“I’m so glad I was able to donate the land to help someone,” Roberson said.

Demopolis Mayor Mike Grayson said Habitat for Humanity is a good example of people making a difference in a good way.