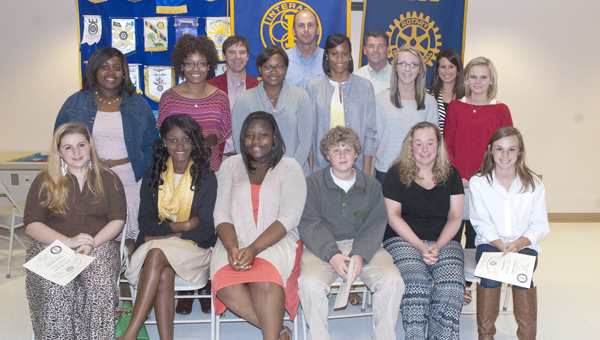 The Interact Club serves as a service organization and is sponsored by the Demopolis Rotary Club, which provides students with support and guidance.

The induction was held during the Rotary Club’s weekly meeting at Bryan W. Whitfield Memorial Hospital.

The group’s high school sponsor is Courtney Taylor, and Chris Petrey works with the club on behalf of Rotary.

The Interact Club will sponsor several service projects this year. They are already working with Rotary and the DHS JROTC on a canned food drive this month and have plans to buy Christmas gifts for those in need.