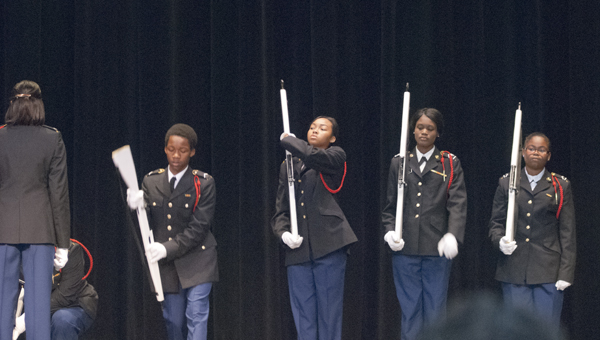 Several local veterans explained the importance of Veterans Day on Thursday during a program at Demopolis High School.

A packed auditorium listened to stories and messages from veterans of the U.S. Army and the U.S. Marine Corps. All of the veterans had a similar message for the students, which was to be grateful for the sacrifices of veterans, because without that, our nation wouldn’t enjoy the freedoms we have.

The ceremony opened with a moment of silence for Paul Gresham, who spoke at this event for many years before passing away earlier this year. Gresham was a World War II veteran who was at Normandy on D-Day and at the Battle of the Bulge. Retired Army Col. Tom Boggs said Gresham always enjoyed speaking to the students at this event. 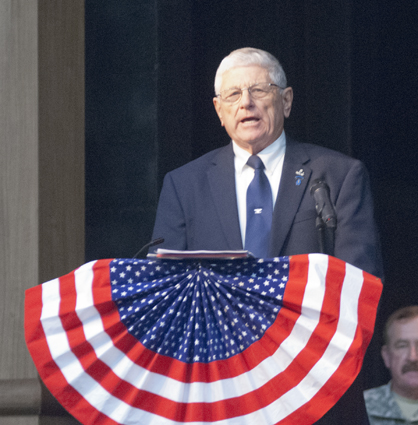 “We’re missing someone special this year,” Boggs said. “Paul loved speaking here, and every year, even if it was the same story, the students were engaged in his stories.”

Boggs went on to talk about the first time he felt at home in the Army, and how the 35 years he spent in the Army gave him so many wonderful experiences.

He concluded his speech by challenging the students to plan what they want to do with their lives, and to go out and execute that plan.

Also speaking at the event was Louis Horn, a veteran of the Vietnam War.

Horn was an aviator in the war, flying Huey helicopters. He explained some of the dangers he faced in Vietnam, and spoke about some of the things he saw while he was there. He said the helicopter he was flying took several rounds one day, and a bullet just missed his head. 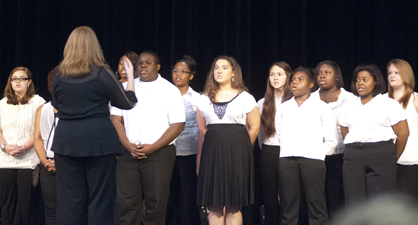 The DHS choir sang “My Country, ‘Tis of Thee” during the program.

“I am thankful for the opportunity to be a veteran,” he said. “I appreciate what all veterans have done for us.

The Demopolis High School choir sang “My Country, ‘Tis of Thee,” and the DHS band played the songs of each branch of the military.

The ceremony closed with the playing of Taps.