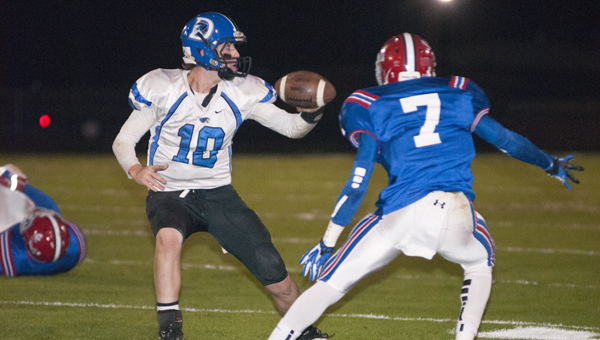 Demopolis High School quarterback Tyler Oates had two touchdown passes Friday and almost led his time to a come-from-behind victory until a tipped pass was intercepted inside the 10-yard-line.

The Tigers had the lead for most of the game but ultimately couldn’t overcome a discrepancy in penalty yards and a pounding Saint ground game.

St. Paul’s ended up with 225 yards on the ground. Penalties made a huge difference with Demopolis getting 14 for 107 yards, while the home team just had three for 30. 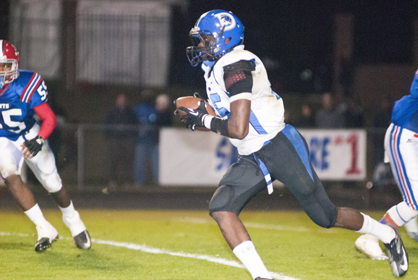 The Saints got the ball to start the game but were intercepted by Bobby Taylor on their first play from scrimmage.

The momentum was on the visitor’s sideline and the Tigers capitalized, going up 7-0 off a 30-yard pass from Tyler Oates to Cortez Lewis early in the first quarter.

St. Paul’s would respond though and tie things after Eugene Mosely ran in from 5 yards out to open the second quarter.

Oates and Lewis would hook up again before halftime, this time on a longer 41-yard TD pass. The score put Demopolis up 14-7 with 4:48 to go before the break.

The Saints drove down the field and lined up to kick a 27-yard field goal late in the second half. The play was a fake, though, and stopped short of a first down by Tyler Merriweather.

The two teams would trade interceptions to open the third quarter, with Demetrius Kemp getting the tipped pass for Demopolis. 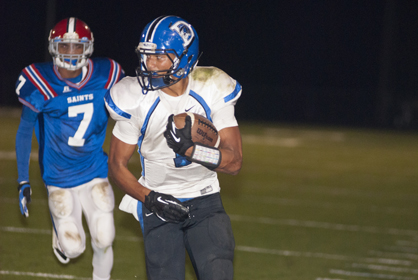 Demetrius Kemp had one of Demopolis’ two interceptions. Bobby Taylor got the other one on the game’s first play from scrimmage.

The score would be 14-7 on into the fourth quarter when the St. Paul’s scored off a methodical drive, capped by a Ostin McPherson. Lewis was able to block the PAT, which kept the Tigers up 14-13 with 10:19 left to go in the game.

The Saints would score again off a 17-yard run by Mosely, his second score of the night, to go up 21-14 after a successful two-point conversion with 4:12 left to go in the game.

Demopolis finished the night with 149 yards on the ground. Oates was nine-of-15 passing for 156 yards.