A Demopolis native will be competing in the Miss Alabama USA pageant on Nov. 15-16 at the Montgomery Performing Arts Centre.

Brandi McGee, the daughter of David and Donna McGee of Demopolis, will be competing as Miss West Alabama against 43 other contestants for a chance to represent Alabama in the Miss USA pageant in Las Vegas next June. 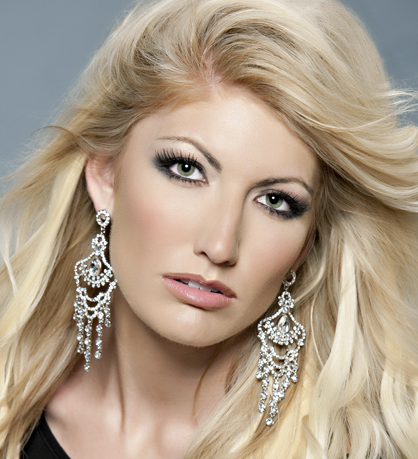 McGee said she was selected to compete after submitting an entry form and her photo for the pageant.

“Each contestant had to raise a sponsorship fee and pick a title that we will compete under,” she said. “Demopolis businesses helped me raise my $795 sponsorship fee, and everyone in Demopolis has been so supportive.”

Contestants in the Miss Alabama USA pageant will be judged in three different categories: interview, fitness and evening gown. Each part will be judged equally to come up with the final score.

McGee said she was always competitive in school, and since graduating from UWA in 2012, has missed being able to compete.

“I was always used to competition,” she said. “Whether it was with grades or in sports, I’ve always been a competitor, and I’ve been missing the competition. This gives me the opportunity to compete for something again, and I’m excited about it.”

McGee graduated from Demopolis High School in 2008, and she received her elementary education degree from UWA in 2012. She is currently a sixth-grade science teacher and a softball coach at Hillcrest Middle School in Tuscaloosa.

She said the support she has received has given her the confidence to go forward into the pageant.

“Being in this pageant has been a dream of mine for many years, and I have my hometown, my family, friends and students to thank for giving me the confidence to go for it,” she said. “I would love to have everyone attend. To see some local faces there would give me an extra boost of confidence on stage.”

For those who can’t attend the pageant, but want to watch it, it is viewable on the Internet at www.pageantvision.com for $16.