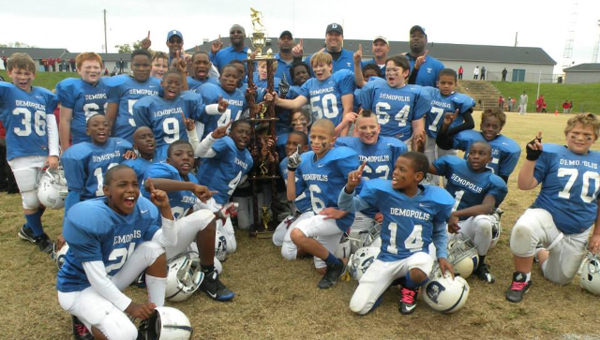 The Tigers, coached by Jim Logan, finished their season 11-0 with a 12-6 win over Irondale in the West Alabama Youth Football Association Championship.

Logan said it takes a special group of kids to repeat the way this group did.

“These kids are a special group,” he said. “It’s a long season. They played 12 games if you count the jamboree, and for a 10-year-old to stick to something that long and stay focused, that says a lot about these players.” 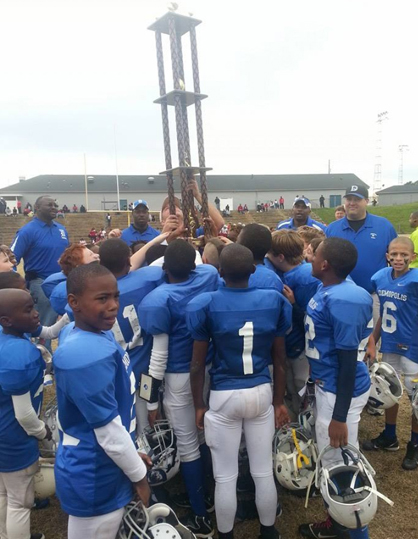 Logan added that they players knew what it was going to take coming into the season to repeat as champions.

Assistant coach Steven King said the team executed the game plan against Irondale the way they had practiced during the week leading up to the game.

“We watched film and drew up formations and executed them for a week,” King said. “On Saturday, the kids were ready to play.”

The Tigers first-team defense only allowed one touchdown all season, and the touchdown in the championship game was on a kickoff return.

“Our defense and team speed was the difference,” Logan said. “All year that group was spectacular. I’ve got to give a lot of credit to my coaches. They did a great job this season.”

Several of the Demopolis High School senior football players were in the first group to play in the Demopolis Youth Football League.

“The seniors at Demopolis were our first group to play in this league, and three of those guys are committed to division one colleges to play football,” Logan said. “We are a small part of what Coach [Tom] Causey is trying to put together.”

With the 10-year-olds moving up to the 11/12 team next year, all of the players that won the championship last season will be back on the same team.