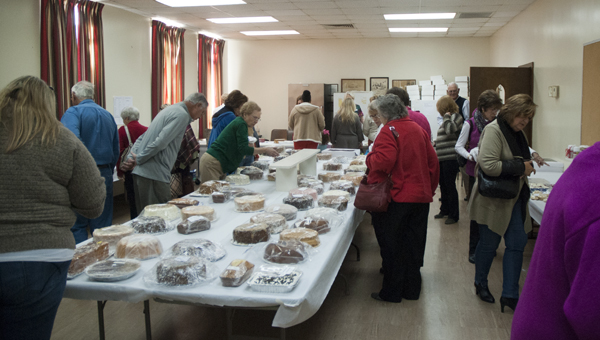 The bake room is a popular destination during the First United Methodist Church Women’s Bazaar.

Anyone who was looking to satisfy their sweet tooth or find different knickknacks, the First United Methodist Church’s annual Women’s Bazaar was the place to be Wednesday.

From 10 a.m. to 4 p.m., different crafts including handmade pillows, wreaths and other handmade items were available for purchase, as well as cakes, pies, cookies and other baked goods.

The Bazaar is held every year in November to help raise money for the church’s missions.

Different knickknacks were available for purchase.

Church pastor David Willis, who moved to Demopolis in June, is experiencing the Bazaar for the first time.

“Anytime something takes a life of its own, it’s a blessing to a pastor,” Willis said. “We’ve got a good group of volunteers that have worked very hard to make this thing happen.” 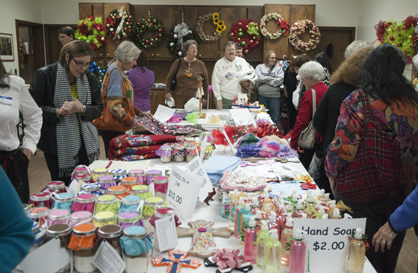 The craft room drew a large crowd during Wednesday’s Bazaar.

He added that he was told about the Bazaar when he came to the church, but he didn’t realize how big the event really was.

“They told me what it was, but I had no idea of the scope of it,” he said. “I knew when Art Luckie told me he’d be back for the Bazaar, I knew it was an event.”

Willis said the Bazaar is the main fundraiser for the church’s mission projects each year. 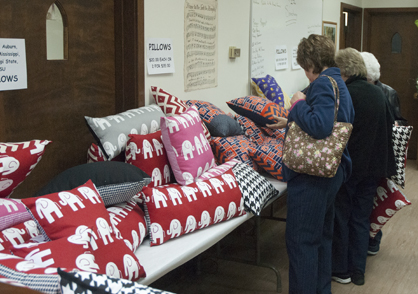 “I made six Alabama pillows Tuesday night to make sure we had enough,” Hill said. “We just tried to do some things that people like.”