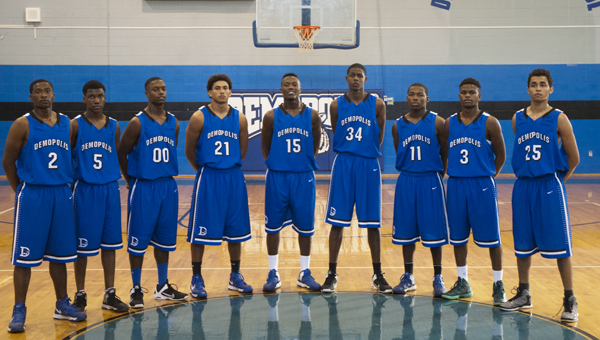 The Demopolis High School boys basketball team will tip off their 2013-14 season Monday, Nov. 25 at the Carroll-Ozark Thanksgiving Tournament in Ozark.

After finishing the 2012-13 season with a record of 14-12, their first winning record since 2008, the Tigers are looking to improve on that and make a run through the postseason.

Head coach Rodney Jackson is entering his third season as coach of the Tigers, and he said this season is where good things should begin to happen.

“This is my third year here, and in a process, the third year should be a big year,” Jackson said. “I’m excited for the season to get started. We’ve got a good group of guys that are focused.”

For the first time in Jackson’s tenure, his team is only juniors and seniors. He said all of his players understand there are three parts to a season. 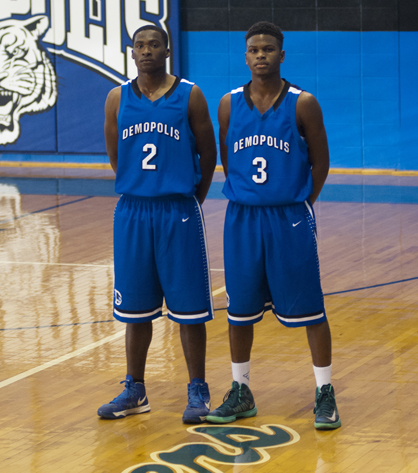 Roderick Davis and Kiante Jefferies look to lead the Tigers to their second consecutive winning season.

“We understand there are three seasons within a season,” he said. “There’s the beginning, the middle, and the playoffs. We have to be top-notch at the latter part of the middle season.”

In the area, Jackson said Sumter Central and Greenville are both returning a lot of players from last season, and that after having a down year last year, Selma will be better than they were.

“We have to cut down on mistakes and do the little things better,” Jackson said. “We lost some close games in the area last year because of mistakes.”

Jackson said Tripp has shown the most improvement this year from last season.

“He’s a big guy for us that’s made a lot of improvement,” he said. “We’ve just got to make sure he keeps getting better.”

Tripp, at six feet, four inches tall, is the tallest player on the team this year for the Tigers.

Also on the team this year are Tripp Perry, Sam Renner, Datrion Fultz and Jeremy Hines.

Jackson said one of the biggest keys to success this season will be winning games on the road.

“Winning on the road is one of the biggest things in high school basketball,” he said. “We have to win games on the road to be successful.”

The Tigers first home game will be Tuesday, Dec. 10 against A.L. Johnson.