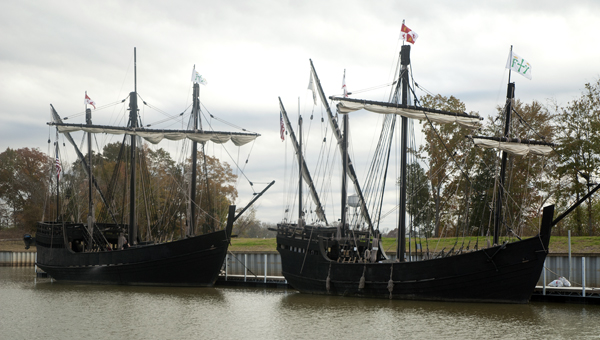 Replicas of Christopher Columbus’ ships. The Nina and The Pinta, have arrived in Demopolis.

Replicas of Christopher Columbus’ famed ships, The Nina and The Pinta, have arrived in Demopolis.

The ships will be docked at Kingfisher Bay Marina until their departure on the morning of Dec. 2.

The Nina replica was built entirely by hand without the use of power tools. “Archaeology” magazine called the ship “the most historically correct Columbus replica ever built.”

The Pinta replica was recently built in Brazil and now accompanies the Nina on all her travels. She is a larger version of the typical 15th-century caravel. 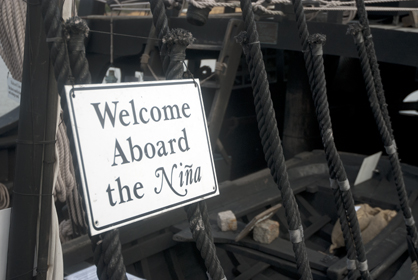 The Nina has been called the most historically accurate replica of Columbus’ ship ever made.

While in port, the general public is invited to visit the ships for a walk-aboard, self-guided tour. Admission is $8 for adults, $7 seniors and $6 for students ages five to 16. Children under four are admitted free.

The ships will be open every day from 9 a.m. to 5 p.m. No reservations are necessary.

Teachers or other organizations wishing to schedule a 30-minute guided tour with a crew member should call (787) 672-2152 or email columfnd1492@gmail.com. There is a 15-person minimum for guided tours, and admission is $5 per person.

The ships were scheduled to come to Demopolis back in the spring but that trip was postponed due to high waters. 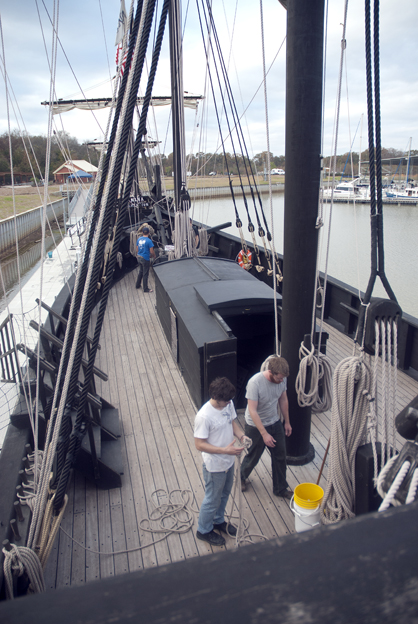