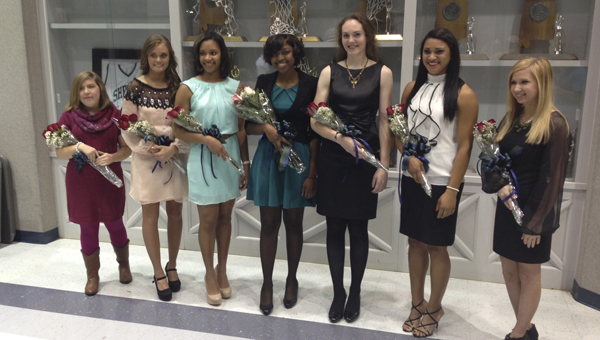 She knew that the student body had nominated her for a spot on the homecoming court, but she did not know that she had garnered the top honor of being named homecoming queen until the announcement at halftime of the basketball game.

A native of Gallion and a 2012 graduate of Demopolis High School, Johnson is a sophomore working toward a double major in culinary arts and wellness exercise.

She serves Shelton State as an ambassador, and she is the recipient of the I.W. Mitchell Outstanding Technical Student Award and the Normal C. Cephus Special Achievement Award. When she is not studying, she enjoys singing, baking and helping people.

Johnson is the daughter of Al and Una Johnson and the granddaughter of Eddie and Elizabeth Ayers, and Tommy McClain and the late Daisy Mcclain.