Christmas on the River draws big crowd despite cold weather 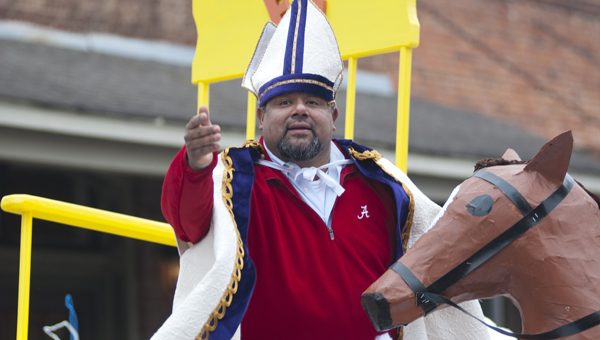 JR Rivas was the 2013 Christmas on the River St. Nicholas.

The 42nd annual Christmas on the River is in the books, and despite a cold and windy day Saturday, the event was a great success.

Demopolis Police Chief Tommie Reese estimated that there were between 18,000 and 20,000 people in town for COTR this year, which was down a little bit from last year.

Demopolis Area Chamber of Commerce Director Michael Kennedy said there has been a lot of positive comments about COTR.

“We’ve gotten a lot of good feedback from the weekend,” he said. “People really enjoyed the new floats in the day parade. I think the weather played a factor in the turnout, but we had a good crowd for as cold and windy as it was.” 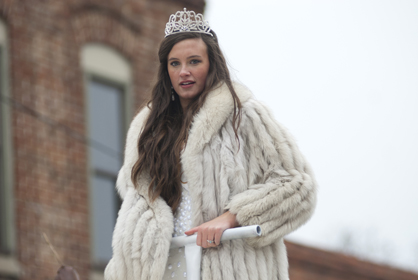 Kennedy, who was named chamber director in October, said he was impressed with everything about COTR.

“I think it’s incredible that so many people who have full-time jobs commit their time and volunteer to create an event that really captures the spirit of Demopolis,” he said. “And I was overly impressed with the detail on the floats in the day parade. Coming from Louisiana, I’m used to Mardi Gras parades, and what I saw Saturday challenged what I was used to seeing in Louisiana.”

Ben Sherrod, who oversaw the day parade, said more than 2,000 volunteer hours went into the making of the floats this year. 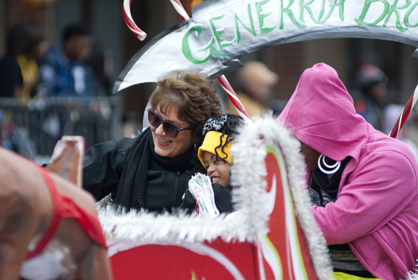 “The volunteer should really be commended on their work this year,” Sherrod said. “We had more than 2,000 volunteer hours, and some people didn’t record their hours.”

Sherrod added that, despite the size of Demopolis, the parade is as good as there is anywhere.

“With the effort that goes into it, I don’t think you can beat this parade anywhere,” he said. “I’ve heard some people from out of town saying it was as good as what you see in the big cities. I’m really proud of our floats.”

“We had a break in the rain Saturday, and even though it was cold, we still had a good turnout,” she said.

Etheridge, who also oversees the nautical parade, said the number of floats this year increased from 12 to 17. 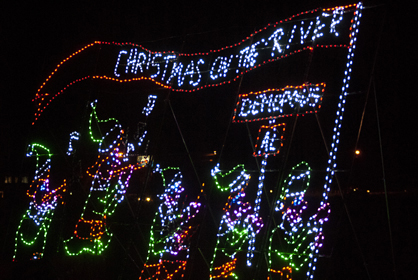 The COTR Nautical Parade had 17 boats this year.

“I’ve heard a lot of good feedback about the detail of the boats,” she said.

The University of West Alabama entered three boats into the parade, and one of them was selected as the winner of the “Best Decorated Boat” contest. UWA received a $500 prize from the Demopolis Yacht Basin for winning the contest.

Kennedy said the Chamber will soon begin meeting to discuss next year’s Christmas on the River. 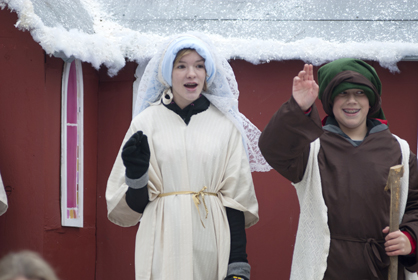 Sara McVay and Joseph Barnes on the Trinity Episcopal Church float in the day parade.

“We’re going to meet over the next couple weeks and discuss what we think went well and what didn’t and make a plan for next year to continue improving the event,” Kennedy said.