Alabama’s All-Stars extended their winning streak to six games Saturday with a 21-17 win over Mississippi in the 27th annual Alabama-Mississippi All-Star Football Game.

The hosts have won all three games played at Cramton Bowl since 2011 and own a 20-7 record in the series which dates back to 1988. The last loss came in December 2007 when Mississippi won 26-7. That was the only year that two games were played. Alabama won the game in June 51-14 – the most points scored by any team in the series. 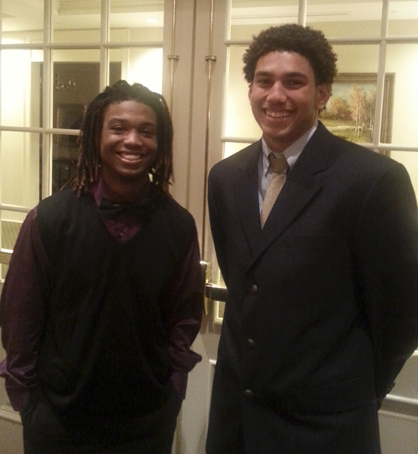 Mississippi wasted little time tying the game. Starting on the Alabama 41 following a punt, Coach Lance Pogue’s team needed only two plays to score. A’eris Williams of West Point scored the touchdown on a 3-yard run and Cody Mills, from Oxford, booted the extra point with 6:50 left in the quarter.

Mississippi took a 14-7 lead into halftime thanks to a 21-yard pass from Louisville’s Wyatt Roberts to Greenwood receiver Sammie Epps. The 6-foot-5, 220-pound Epps finished the game with seven catches for 125 yards to earn MVP honors for Mississippi.

Alabama scored twice in the second half – the first coming on a pass deflected by linebacker Rashaan Evans of Auburn High School. He turned quickly to find the ball still suspended in air, tucked it to his chest at the Mississippi 5 and waltzed into the end zone for a TD just 49 seconds into the third quarter.

Evans, the son of former Auburn University running back Alan Evans, had several big plays on defense with four tackles for 13 yards in losses and a sack among his eight stops. He was named the Alabama MVP.

Kemp snagged a 33-yard pass from Moore late in the third quarter for his second TD of the game and gave Alabama the lead for good, 21-14. Kemp finished with three receptions for 72 yards. Mississippi cut the lead to 21-17 with Mills’ 29-yard field goal with 8:57 to play.

Kemp, who was a captain for the Alabama team, led the team in all-purpose yards with 72.

Sweet Water’s Jakoby Aldridge also played in the game as a defensive back.

Ito Smith of McGill-Toolen was the game’s leading rusher with 53 yards on 14 carries for Alabama. Moore added 26 yards on seven carries and was 7-of-13 passing for 95 yards and two scores. Sherman punted seven times for a 34.1-yard average, and Marlon Humphrey of Hoover had one kickoff return for 28 yards.

Roberts was 10-of-20 passing for 190 yards and a TD for Mississippi. Thad Miller of Gulfport was 4-of-13 for 76 yards. Tevin Moore of Stringer was Mississippi’s leading rusher with 33 yards on 13 carries.

Shareef White of Grenada had eight tackles for Mississippi.