What started out as what some skeptics thought would be a “flash in the pan” one-year event, is now headed into the sixth annual Marengo County Sports Hall of Fame induction ceremony.

The second Monday evening in February 2014 at the Demopolis Civic Center will feature the induction of the five new inductees, following a gathering time and a full meal.

The Hall has honored 26 previous inductees who have brought honor and fame to the County through their endeavors and athletic events from football, baseball, basketball, softball, boxing, wrestling and tennis.

The 2014 Class in alphabetical order begins with a man who coached the Marengo County High School Tigers as well as the Linden Red Devils, John Akins. He played and made all-county in all three major sports while in high school in Gorgas. He went on to play four years at Livingston State on a football scholarship and was awarded the Billy Walker Memorial Award for Sportsmanship his senior year in 1958. 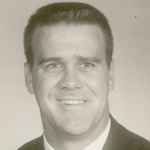 Upon graduation, Akins reported to Linden High School as an assistant football coach under “Pistol” Henders, and the Red Devils won the state championship during his three-year tenure at Linden. In 1961, John became the head coach for all three sports at Marengo County High School, where the teams won conference awards, and John was selected coach of the week in 1963. From Thomaston, John moved to Pickens County where he again coached all three major sports, won awards in basketball, and was also selected as the WCAAC Coach of the Year. In the summer of 1966, Akins was selected to coach in the East-West Alabama All-Star Baseball tournament.

In July of 2007, Akins was presented the “distinguished service award” in recognition of his dedicated service to the high school officiating program in the state of Alabama. His players remember his warm, gentle smile and his cordial greeting for everyone, but also remember his discipline on the field. John and his wife, Barbara, have five sons and one daughter, and Linden has been their home for 44 years.

The second inductee to the sixth class is Bobby Barr who played on three undefeated Linden High School football teams and on two state championship teams. His bunch only lost four games in the five years he played running back on offense and comer back and safety on defense. Barr was selected All-Black Belt Conference for two years and All-State for one year. He was selected to play in the State All-Star game in the summer of l967, all the while being a member of the Beta Club, the Honor Society and being President of the Student Body is senior year. 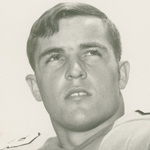 He was highly recruited, and in 1967 signed a scholarship to play under Coach Bobby Dodd at Georgia Tech. His first year he started on the freshman team as a tailback, redshirted his second year, but was on the traveling squad. His third year he was moved to fullback, and his fourth year on campus saw him moved to defense at the “wrecker” linebacker, and was a starter in the Auburn game which Tech lost to the Pat Sullivan/Terry Beasley team. He went on to play that year in the Sun Bowl, where Georgia Tech beat Texas Tech.

Barr opted out of playing his fifth year of eligibility in order to graduate from college and get accepted into dental school. He is married to Mary Waugh Baugh, and they have four children. Two of the boys having played baseball at Georgia Tech. Bobby and Mary reside in Tallahassee, Fla., where Bobby has coached youth baseball, softball and soccer teams.

Another Linden product is Tim Drinkard, who played football, baseball and basketball at Marengo Academy. In his junior year, the baseball team won the 3-A State Baseball Title, and his senior year won the football state title. Tim was selected to play quarterback in the 1977 Alabama All-Star game, and was selected All-State that year. 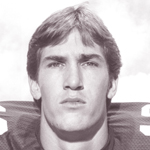 Drinkard played two years at Livingston University on a football scholarship, and then decided to walk-on at Auburn University. The first year of l980 was not rosy for Auburn, but the next year things began to change under Pat Dye. He was voted the top defensive back in the spring of 1981, and Coach Dye placed him on scholarship for the 1981 and 1982 seasons in which he was a starter. His senior year he played in the Tangerine Bowl, and intercepted a ball thrown by Heisman Trophy Winner Doug Flutie. Several of his previous coaches who sent in letters with his nomination package referred to his tremendous heart and toughness.

After graduation, he worked as a graduate assistant to offensive coordinator Jack Crowe, where he worked with the quarterbacks. The team finished ranked No. 3 in the nation.

Tim has two children, and he and his wife, Linda, make their home in Auburn.

Moving back east to Thomaston, the fourth athlete to be honored is Clifton McKnight. Before becoming a coach, he excelled at Marengo County High School for three years in baseball, basketball and football. His senior year, McKnight, as quarterback, led his team to an undefeated 1-A State Championship in the first playoff system at which time he rushed for four touchdowns and passed for another score. He was named Most Valuable Player, was selected onto the Black Belt All-Conference Football Team and the Tuscaloosa News Second Team All-State. He also played in the State All-Star Football game in 1967. 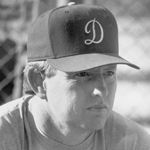 He lettered in baseball and football in 1969 and 1970 at Marion Military Institute, and after graduating from Auburn, he was named the head baseball coach at Wilcox County High School where he developed the first baseball team in school history. His second year, his team made it to the area playoffs. From 1977 to 2004, McKnight taught and coached baseball at Demopolis High School. His 1985 Tigers finished as the 5-A State Runner Up, and in 1986 won the 5-A State Championship. Coach McKnight was named as Tuscaloosa News Baseball Coach of the Year as well as the AHSAA 5-A Baseball Coach of the Year. During his coaching in Demopolis he brought youth baseball camps to the city of Demopolis, and was also invited to work baseball camps for Auburn University.

He and his wife, Martha, have one grown child, Megan, and they make their home in Dayton.

Rounding out those to be honored for achievements above and beyond the call of duty in athletics is Andy Phillips, who got his sports start at Demopolis Academy. There, he was an all-around athlete, lettering five times in three sports, helping his team to a state football title. But he mostly shined in three state baseball championship teams in 1990, 1994 and 1995 when he was named the AISA Class A State Tournament Most Valuable Player, Class A, Area 2 All-Region MVP, AISA Player of the Year, and was the only private school player named to the Birmingham News Super All-State Baseball Team. In 1994, he had been named to the Tuscaloosa Private School All-Star Squad, as well as All-District. 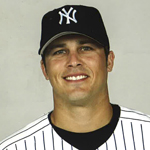 After signing to play baseball with the University of Alabama in 1995, he held the record in eight statistical categories and was a four-year starter on three College World Series Teams, four SEC Tournament Championship teams and one regular SEC Championship squad. In 1999, he was named NCBW A South Region Player of the Year, First Team All-America, First Team All-SEC and SEC All-Tournament Team, and NCAA Regional All-Tournament Team as well as MVP.

Phillips was drafted by the New York Yankees in 1999, and played 13 years of professional baseball, and is one of seven players to hit a home run in his first at bat.

He is currently the hitting coach at the University of Alabama, and volunteers much time with a non-profit baseball camp ministry called Baseball Country, with the intent of providing a place where kids can enjoy a unique “field of dreams” type of baseball experience.

More information will be forthcoming concerning the honorees to be recognized on the evening of Feb. 10, 2014, at which time the 1967 Thomaston State Football Championship Team will be recognized, a scholarship awarded to a student athlete from the county, as well as other recognitions and a fine meal.

Tickets are still at $25 each, and the banquet is expected to once again be a sellout.