Search turns up no clues of missing woman 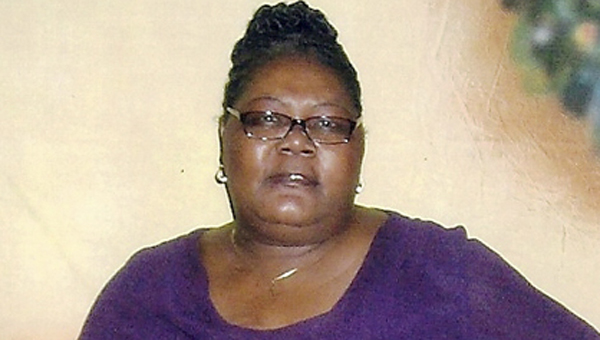 Maggie Lean Wright has been missing since Saturday.

A search Tuesday turned up no clues about the whereabouts of a woman missing since Saturday.

Wright, 57, was last seen Saturday night leaving a party at the Demopolis Civic Center telling others she was going to walk home. She reportedly has health concerns, including diabetes, according to DPD Chief Tommie Reese.

The crew searched five-blocks wide from the civic center to Martin Luther Homes apartment on Strawberry Avenue, where Wright lived.

Demopolis officers and Marine Police have looked in and along the river but found no sign of Wright.

She is described as 5-foot, 6-inches tall and weighs approximately 180 pounds. She was last seen wearing black pants with pin stripes, a black shirt and a long black trench coat.