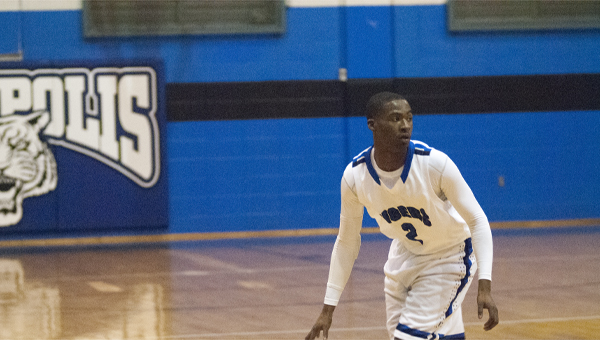 Roderick Davis led the way for Demopolis against Central with 15 points.

The Demopolis Tigers basketball program hosted the Central Tuscaloosa Falcons on Thursday night in the first of back-to-back-to-back nights of games.

In the girls game, the Lady Tigers were able to lead through most of the game, but the Lady Falcons were able to pull it out in the end with a 57-52 win.

“We just couldn’t finish that one off,” Demopolis head coach Tony Pittman said.

The Lady Tigers gained some momentum toward the end of the third quarter and took a five point lead into the fourth, 44-39. 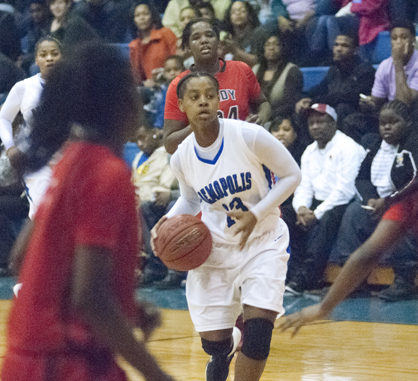 Sha’Deitra White had 12 points for Demopolis in the loss to Central Tuscaloosa.

Demopolis was able to stretch that lead to open the fourth, but the Lady Falcons kept fighting and got themselves back into the game. Shots weren’t falling for the Lady Tigers down the stretch, and Central was able to pull out the win.

Ivery Moore and Sha’Deitra White led the way for Demopolis with 12 points each, and Erica Bennett had 10 for the Lady Tigers. The loss puts them at 6-5 on the season after defeating ACA and losing to Bryant in ACA’s Christmas tournament.

As for the varsity boys game, Central took control in the second quarter and never looked back, taking the win 59-42.

Demopolis started the game strong behind Roderick Davis’ 7 first quarter points. The Tigers led 13-9 after the first quarter, but Central didn’t mess around in the second quarter.

“They came out of the game in a zone and we were able to knock down some shots, but they switched to man, and we couldn’t get comfortable offensively,” DHS head coach Rodney Jackson said. “Their length, quickness and speed affected us, and we just couldn’t get into a rhythm.”

The Tigers were able to get back into a little bit of a groove in the second half, but they were already in too much of a hole to come out of it.

“I thought our guys played hard in the second half,” Jackson said. “We’ve just go to do a better job in our man to man offense.”

Davis led the way for the Tigers with 15 points in the game. Kiante Jefferies added 10 points and Datrion Fultz had 9. For Central, Javaris Richey led the way with 20 points.

The loss puts Demopolis’ record at 7-7 on the season.