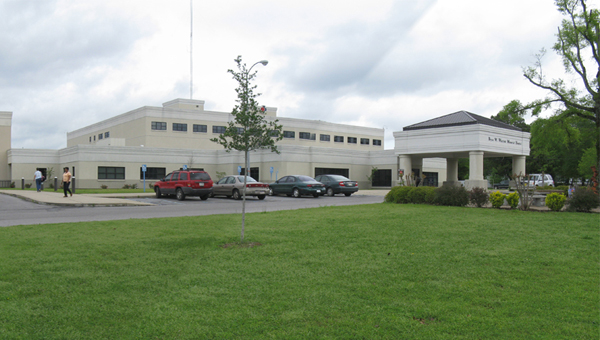 Bryan W. Whitfield Memorial Hospital will close its labor and delivery unit and make staff layoffs to cut expenses after cuts in federal and state funding.

Hospital CEO Mike Marshall confirmed Thursday that labor and delivery will be shuttered. He said staff cuts and other changes are still in the works.

“There’s a lot of good people that will lose their job due to no fault of their own,” Marshall said.

Marshall told the hospital’s auxiliary that 5 to 10 percent of the staff could be laid off. The hospital has about 350 employees, down about 24 percent in the past five years.

The hospital’s board is planning a meeting to address the situation, which is scheduled for Wednesday at 5 p.m. A possible moratorium on labor and delivery closing and layoffs is expected to be discussed.

The cost-saving moves come after the hospital has lost almost $900,000 in federal and state funding, with more cuts potentially in 2015.

“On a national level, we are dealing with the biggest change in the healthcare business since the implementation of Medicare in the 1960s,” Marshall said, like the current situation to “changing tires on a moving car.”

Whitfield has lost $250,000 due to the federal sequestration cuts and $636,000 in state Medicaid disproportionate share payments.

Marshall said the hospital will work to restructure how it operates and allocates limited resources.

“We have to make a fundamental shift in how we are managing,” he said.

The labor and delivery unit will wind down within the next 30 to 45 days, as doctors work with expectant mothers to get them alternative care.

While the unit’s closing might garner the most attention, Marshall said the restructuring and challenges ahead are bigger than any one department.

Part of that will be a continuing shift to more preventive and out-patient care, which is less expensive. The hospital has seen a 29 percent decrease in hospital inpatient admission the past five years.

“Several years ago, our revenue stream flipped from in-patient to out-patient,” Marshall said. “The government’s payment policy is driving everyone this way.”

Marshal said some of the nation’s best hospitals, including the Cleveland Clinic, Vanderbilt University Medical Center and LSU Hospital have experienced layoffs in the past few months. Alabama has seen three hospitals close this year, in Clanton, Elba and Florala.

“What we are trying to do is position ourselves to be open 60 more years from now,” Marshall said, alluding to Whitfield’s diamond anniversary in November.

For now, the community can help by choosing to use the hospital and local doctors for their healthcare needs.

“I’ve said it a million times, use your local hospital and your local physicians,” Marshall said.

The hospital is also looking to bring in new revenue through expanding its medical detox and adult behavioral health programs as well as new physicians and specialists.