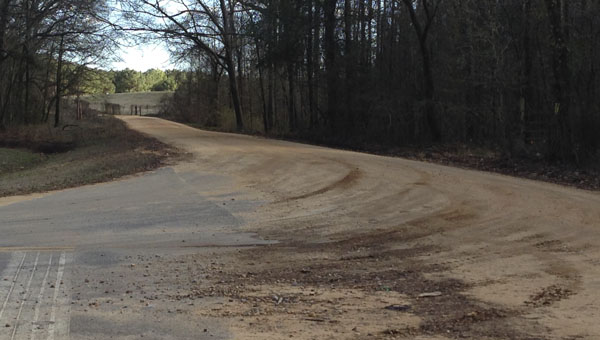 The Army Corps of Engineers has applied for a grant on behalf of Marengo County that would allow Gandy Ferry Road to be paved up to Spillway Falls Park.

The Army Corps of Engineers has applied for a grant on behalf of Marengo County that would pave Gandy Ferry Road up to the Spillway Falls Park.

The grant, which is part of the Federal Land Access Program, is intended to improve roads leading to federal lands. Gandy Ferry Road is currently a dirt road in which the county has the easement, but both the city of Demopolis and the Corps have stake in it as well.

Brandon Smith with the Corps said having the road improved would increase traffic to the recently renovated Spillway Falls Park.

The funding for the grant is through the Department of Transportation, and the state of Alabama is allocated just over $1 million for projects each year.

“We’ve had success with this program before,” Smith said. “We received funding several years ago that paved the road out to Forkland Park.” 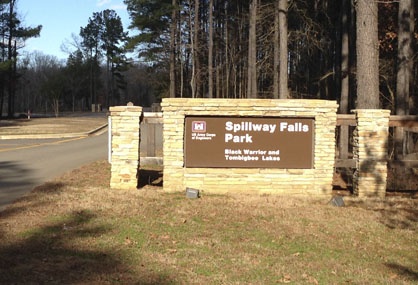 Spillway Falls Park offers a unique view of the Demopolis Lock and Dam.

He added that the Corps recently spent $3.1 million to renovate the park at the lower pool, but not as many people use it that would if there was a paved road leading to it.

“We average 70,000 visitors a year to Spillway Falls, but I believe if the road is paved, that number doubles,” Smith said. “A lot of people don’t want to bring their boats down the road because of the shape it’s in.”

Smith said county engineer Ken Atkins told him the road would be much easier to maintain if it were paved. If the grant is awarded, the county will still be responsible for the maintenance of the road as they are now.

“The road has been passed over a little over the years because it’s part of the city and the Corps, but the county has the easement,” he said.

The county commission submitted letters with the grant application voicing support for the project.

Smith said the park is unique because of the view of the lock and dam that it offers.

“After Sept. 11, 2001, it became difficult to get a view like that of a lock and dam,” he said. “It’s a very unique opportunity to be able to drive down below the dam and see the falls and watch barges come through. There is only one other in this region, and it’s in Birmingham.”

“We’re hopeful that it comes through, but we really don’t have a timetable on when we’ll know,” Smith said. “I don’t know how many grant applications they received, so we’ll just have to wait and see.”