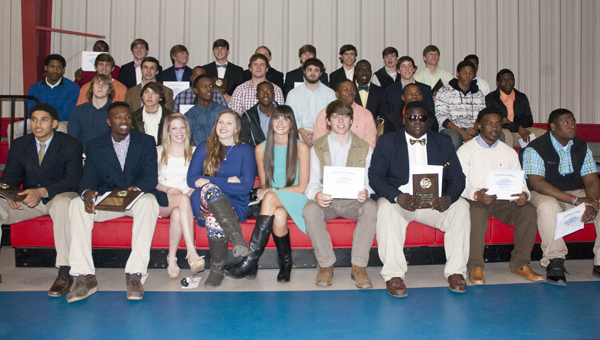 The Demopolis High School football program held their annual banquet to recognize players and their accomplishments during the season Thursday evening at the Theo Ratliff Activity Center.

Head coach Tom Causey called out each player on the team to receive a letter, and spoke about each of the 36 seniors individually as they accepted their letters.

“I’m going to miss all of these seniors tremendously,” Causey said. “I can’t begin to calculate the hours they put into this program in the last four years. I enjoyed coaching these guys the last few years.”

Causey also had words to say about each of the other classes.

“The freshmen came in and worked hard all year long,” he said. “They found out what it was going to take, and they did that. The sophomores have great leadership and they work their tails off. I love the look they have in their eyes. The juniors are a great group, and they just need to realize how fast this next year is going to go. They need to soak it up and make the most of it.”

The coaching staff recognized several players for individual awards based on their 2013 performances. Those who received awards are:

•Scout Team Player of the Year – Davontae May

•Rookie of the Year – Logan McVay 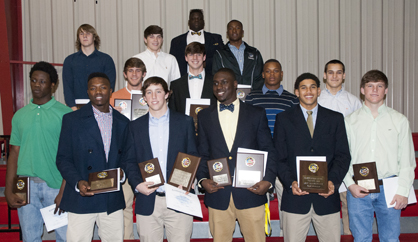 Fourteen football players were honored by their coaches with awards during the banquet.

The Tigers finished the season with a 7-4 record. They made the playoffs where they lost in the first round to St. Paul’s.