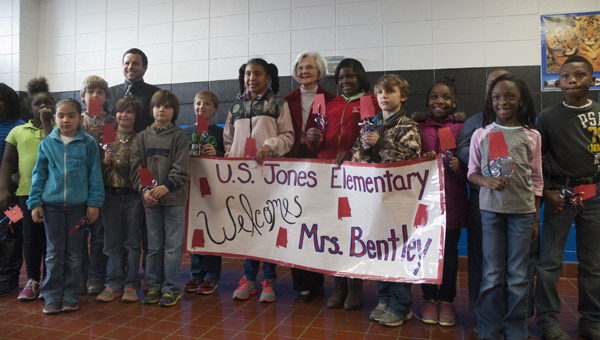 She toured the school with school principal Leon Clark and members of the fifth-grade honor club and read to students in the school’s library following the tour. 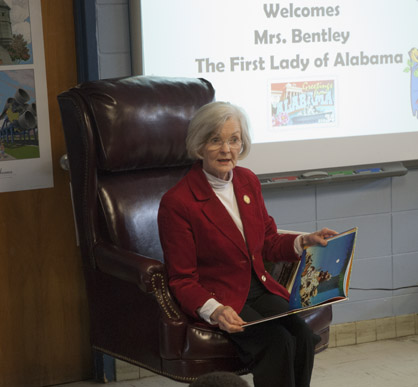 “I like to visit schools when I go to different parts of the state,” she said. “I like to tell students about Montgomery and where we live.”

During the tour, Bentley visited the classrooms at the school, and during her visit to the gym to see a physical education class, she played Wii Bowling, which students were excited to see. 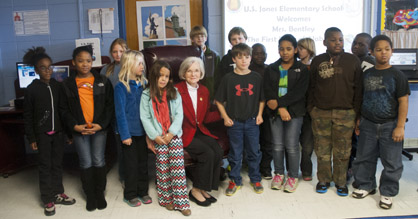 She read “Hugless Douglas and the Big Sleepover” to about 60 students and told them some different facts about Alabama.

Bentley spent an hour at the school Thursday afternoon interacting with students and teachers. 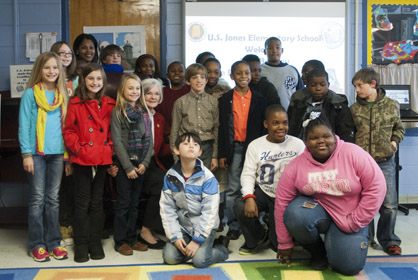 “I try to make it a point to visit different schools,” she said. “I usually get to three to four schools a month.” 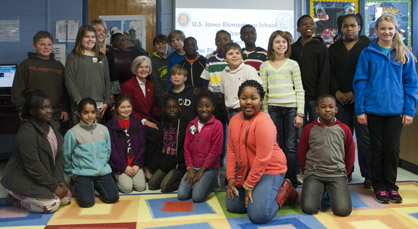