Junctional Epidermolysis Bullosa is a rare skin disease that affects fewer than one per million people in the United States, but one infant in Demopolis has the disease. 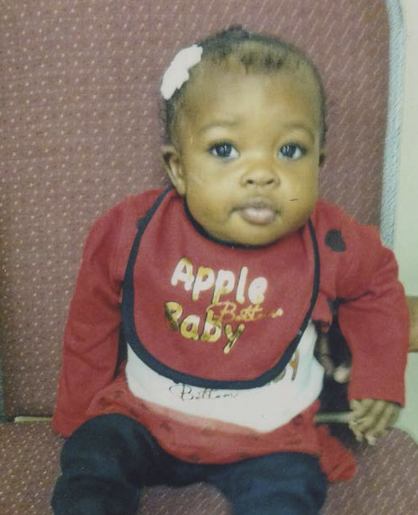 Adriana Catlin is a 14-month-old baby that has been fighting with EB since birth. EB is a group of genetic conditions that cause the skin to be fragile and to blister easily. Blisters and skin erosions form in response to minor injury or friction, such as rubbing or scratching.

In Catlin’s case, she was born at Bryan W. Whitfield Memorial Hospital with no skin on her elbow and problems with her intestines. She was moved to Children’s in Birmingham and had to have surgery to reconnect her intestines. As a result of all of this, she has to eat through a feeding tube for the rest of her life.

Her parents, Marcus and LaToya Catlin, are working to raise money to be able to take Adriana to the Epidermolysis Bullosa (EB) Center at Cincinnati Children’s Hospital, which is one of the only treatment centers for EB in the country.

“We’re planning to go on Feb. 20, but Medicaid doesn’t cover the cost of the trip,” LaToya Catlin said. “It only covers what’s done inside the hospital, so we’re looking to raise money to help our trip, and we have to pay to see the specific doctors.”

LaToya said they will owe about $3,700 for Adriana to see the doctors in Cincinnati.

“They don’t do payment plans, so we have to have the money together when we get there,” she said. “It will be a one-day visit, and Adriana will be there all day.”

The family said they are hoping to hold a fundraiser on Saturday, Feb. 1 at the Theo Ratliff Center, but the details for an event are still in the works.

“We’re thinking about having a dance,” said Tyana Dixon, Adriana’s grandmother. “We’re looking for a sponsor to help us get that going.”

LaToya said that because Adriana can’t eat by mouth, she has struggled with weight gain since she was born. She only weighs 16 pounds at 14 months old.

She added that Adriana is still an arm baby and isn’t able to do what normal babies should be doing by that age.

Adriana has to go see a doctor several times a month, and nurses come to see her as well.

The family has a Facebook page for people to find out how to help, which is Support Baby Adriana.