The Demopolis Police Department arrested a man Thursday night after responding to a call of shots being fired at The Red Barn’s parking lot. 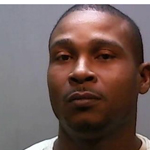 Seneca Raby, 34, of Gallion, allegedly fired shots before running to the woods behind the restaurant on U.S. 80, according to Demopolis Police Department Chief Tommie Reese.

The first officers on the scene gave chase, along with DPD K-9 officer, Bo.

The canine was used to apprehend Raby after he refused to surrender, Reese said.

Bo was injured during the arrest and is being treated at a veterinarian.

Officers found a handgun in the area were Raby was arrested. The suspect was taken to Bryan W. Whitfield Memorial Hospital’s emergency room before being transported to the Marengo County Dentention Center.

Raby will faces charges of discharging a firearm in the city limits, ex-felon in possession of a firearm, resisting arrest and harassment of/interference with the duties of a police animal. 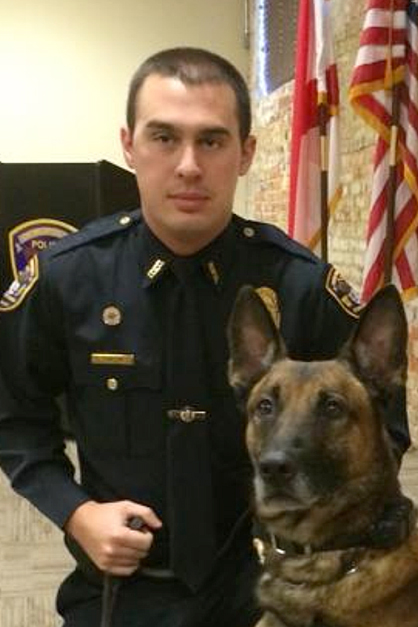 Demopolis officer Chase Courtney with K-9 Officer Bo, who was injured during an arrest Thursday and is being treated at a veterinarian’s office.