Mamas let babies grow up to be college football players 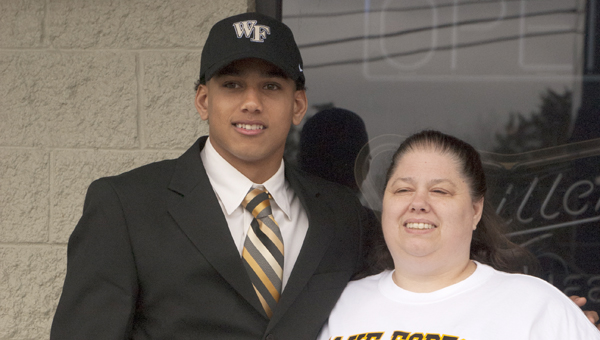 Tipping the scales at almost 340 pounds, Hollis Bright will be an intimidating presence in a University of West Alabama jersey this fall.

But to mom Ada Sanders, the current Demopolis Tiger and future UWA nose tackle will always be her baby boy.

Sanders was in good company Wednesday, joining the parents and friends of nine Marengo County players who will play college football on scholarship.

The day was the culmination of years of hard work and dedication from players and parents alike. For at least three of the moms, Wednesday marked the start of sending their youngest off to college.

“I’m very excited. I’m proud of Hollis for the effort he has put in,” Sanders said. “I’m thankful. I’m so emotional — it’s hard to describe.” 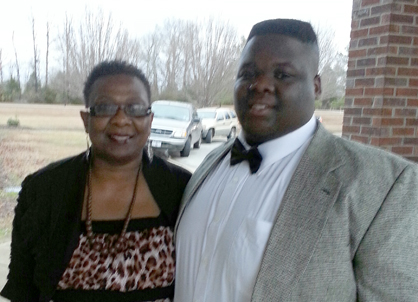 Bright started playing football at a young age but it took some convincing for Sanders to let her youngest take to the field.

“I didn’t want my baby to get hurt. I couldn’t have stood it if he had gotten hurt,” she said. “I finally gave in …. I just didn’t go to the games.”

Sanders quickly got over her fear and looks forward to cheering for Bright in nearby Livingston next season.

“He’s never been afraid of anything,” she said. “Hollis loves football — it’s his heart.”

While Bright will stay home and close to mom, another Demopolis player will actually get a little closer to his by going out-of-state. 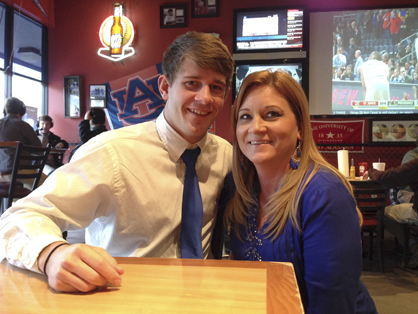 Peyton Pearson signed to play for Mississippi College in the suburbs of Jackson. The decision will put him closer to mom Linda Smith, who moved to Houston about this time last year.

While Smith was able to get back for many games in 2013, she’s hated to have missed his senior year and is happy to have him a tad closer. She traveled overnight to make Wednesday’s Signing Day festivities.

“I can’t get over all of this. This is something that does not happen for a lot of players,” Smith said. “We both prayed that God would put Peyton where He wanted him to be.”

While Pearson heads West, Courtney Kemp will be traveling the opposite direction to see her son Demetrius play at Wake Forest University in Winston-Salem, N.C.

“It’s so exciting. It’s a blessing. I’m just thankful he has this opportunity,” she said.

According to his mom, Demetrius started with baseball when he was younger but the all-around athlete found quick success with football too.

She also thanked youth league coach Chip Hughes, and wife Libby, for the influence they have had on her son.

“Chip and Libby, they are my angels here on earth,” Courtney Kemp said. “Demetrius is blessed to have Chip as mentor.”

The moms also credit Demopolis High School head coach Tom Causey for his interest in developing their sons, on and off the field.

“Coach Causey is the reason Peyton is where he is going. That man is incredible,” Smith said. “I respect him more than any coach I’ve ever met.”

In addition to Causey’s leadership, the players, whether headed across the river, state line or time zones, will always have something else in common.

“This is his home. It will always be home,” Courtney Kemp said.