Injured baseball player: ‘They needed a third baseman, and it was going to be me’ 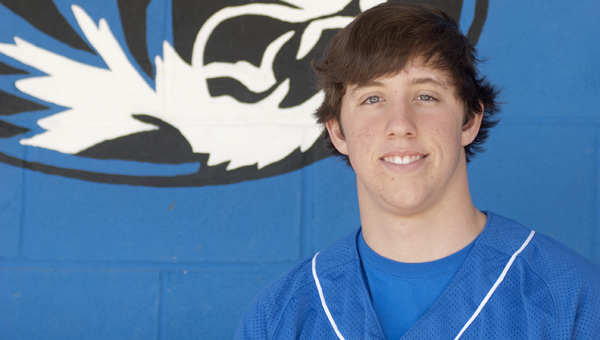 Tyler Oates, a Demopolis High School senior, overcame a broken back in November to make it back for baseball season in February.

Since joining the Demopolis High School baseball team as a freshman, the preseason has never been easy for Tyler Oates.

As a freshman, Oates was recovering from a bruised growth plate in his hip, which required rehab. His sophomore year, he was dealing with a torn meniscus in his knee. As a junior, it was shoulder surgery resulting from a football injury.

Now as a senior, Oates had to overcome his most serious injury.

On the night of Friday, Nov. 22, around 10:30, Oates was driving back to Demopolis from Meridian, where he had seen a movie with friends. There was a misty rain coming down, and the humidity caused his windows to fog.

As he was trying to fix his windows so he could see, Oates looked up and realized he was in the middle of Highway 80. Oates said he hit a concrete culvert, which caused him to go airborne. He landed in the middle of a thick, wooded area in a ditch. 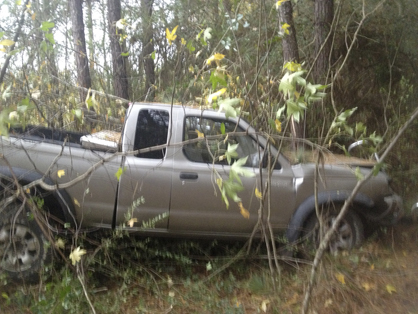 Oates said he knew immediately something was wrong because he felt an unusual pain in his back. After the truck landed, he realized his door was jammed shut.

“I was trying to open the door on my driver’s side, I couldn’t get it, so I put every muscle in my body to work and just manhandled that door to open,” he said. “I walked all the way up to the road because I couldn’t find my phone.”

Oates said he was waving at people driving by, but no one would stop. His truck wasn’t visible from the road, so passersby couldn’t see that he was in trouble.

He said he made his way back down to his truck, but couldn’t get either door open because they were pinned against trees.

“I climbed up onto the truck and opened the back, sliding window and saw my phone on the floor of the passenger side,” he said. “I got back down and moved that tree that was holding the passenger door closed, grabbed my phone and called my father.”

Kathy Oates, Tyler’s mother, said she was getting ready for bed, but could hear the distress in Tyler’s voice over the phone with his father, Frank.

They found their son lying down in the ditch, per his father’s instructions, and they took him to the hospital in Meridian. Tyler had an unstable fracture in his L1 vertebra, which is the uppermost of the five lumbar vertebrae.

He spent three days in the Intensive Care Unit because he couldn’t sit up or move without extreme pain. 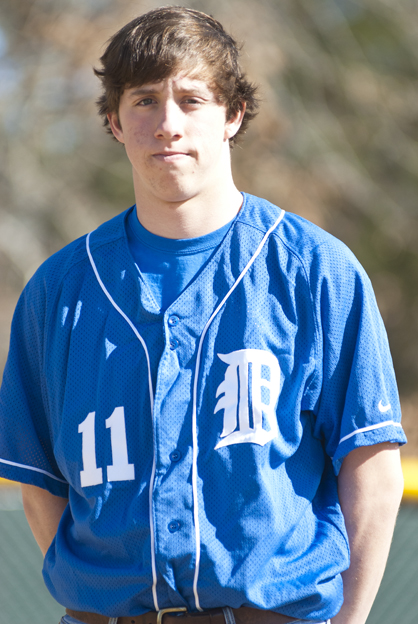 Oates will play third base for Demopolis this spring.

“The doctors told me I shouldn’t have been able to walk after my accident,” Tyler said. “I was in so much pain and agony in ICU. I had to lay flat on my back for three straight days.”

As much pain as he was in, though, Tyler was still convinced he was going to play baseball this spring.

After his three days in ICU, he was moved to a regular room for the next 10 days. On the 10th day, he was told they were going to get him in a brace, and once he could stand up and walk, he could go home. The doctors expected this to be a two or three day process, but Tyler willed himself to get up, and by the end of the day, he was walking the halls of the hospital.

For the next 10 weeks, he wore the back brace and rehabbed at Bryan W. Whitfield Memorial Hospital with Don Sprewell.

“I was in my brace right at 10 weeks, and the doctors told me I could take it off for short periods at a time,” he said. “As soon as I took it off the first time, I didn’t have any pain, and I never needed it again.”

Tyler went back to the doctor on Wednesday, Jan. 22 and got the all-clear to start playing baseball again.

“I went back to Don on Monday (Jan. 27), and he asked me why I was there,” Tyler said. “He told me to go play baseball. That was one of the happiest moments of my life.”

Kathy said the whole experience was extremely emotional for her and her family.

“He had to teach himself to walk again in the hospital,” she said. “He stood up, and his feet just wouldn’t move. It was very emotional to see him take steps again. Even after that, I didn’t think he was ever going to play baseball again.”

She added that he was always strong-willed growing up, though, and she knew Tyler wasn’t going to give up.

“When the doctor said he had a chance, he never let go of that,” she said. “I never thought he’d play, especially in the first game of the season. It’s unbelievable to wrap my mind around.”

Even though he was in the hospital for 13 days, he only missed two days of school because the accident fell right before Thanksgiving break.

Kathy said when Tyler got back out to baseball practice, head coach James Moody was trying to hold him back and take it easy on him.

“They were doing bunt fielding drills, and Coach Moody wasn’t hitting it to him,” she said. “Tyler figured it out, and when he made contact the next time, he took out across the infield to field the ball and ran it to first base. Tyler turned around and screamed, ‘I’m back!’ That’s just the kind of kid he is.”

She said the family was showered with prayer throughout the ordeal, and that she truly believes that made a difference.

DHS head football coach Tom Causey said he never had any doubt that Tyler would be back. 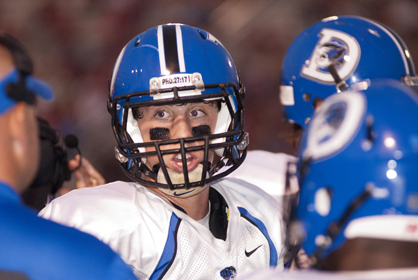 In addition to playing baseball for the Tigers, Oates was also the starting quarterback in 2013.

“Tyler is one of the hardest workers I’ve ever been around,” Causey said. “I never had any doubt in my mind. When you get that phone call, it takes your breath away until you know how serious it is.”

He said Tyler’s will got him through the injury and back on the field.

“Doctors can’t factor in a person’s will and competitive nature,” Causey said. “There’s no way to judge that by an x-ray. It’s very humbling to realize that something like this can happen to anybody at any time.”

Tyler, Kathy and Causey all said Sprewell is owed much of the credit for Tyler’s recovery.

“He pushes Tyler, and he knows his limits,” Kathy said. “They have a great relationship, and a lot of the credit has to go to Don.”

“I give Don all the credit for helping me get back,” Tyler said. “I couldn’t have gotten back without him.”

Tyler and the Tigers will open their season Monday, Feb. 17 at Sweet Water.

See this story, and others, in the February edition of Demopolis the Magazine available next week.