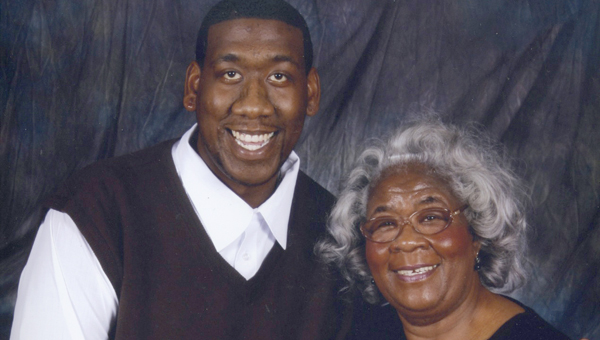 Now, 14 years later, she will host her 14th Gospel Singing in March.

Smith and her son, Christopher Micah Smith, who was 13 at the time, began taking piano lessons in 2000.

They played in two recitals that year, and when they were at home practicing together, they would sing.

“We’d sing at home together,” Sara said. “Then we decided to go out and sing, and it was very enjoyable for us.”

Six months after they began taking lessons and singing, they hosted their first Gospel Singing.

She said her son played with her for about three years before he decided to join a men’s singing group, the Golden Echoes of Thomaston and later the Rising Sensations.

Sara didn’t let his absence slow her down, though, as she continued to spread the gospel through her songs.

“Congregations really enjoyed the singings I did, so I kept doing them,” she said. “I missed last year, and I told God that if He’d tell me what to say, I’d open my mouth.”

She said her son still plays for her on occasion, but mostly she goes solo.

“I can read any music that’s put in front of me,” she said. “I see this as a ministry, and it’s important to me. The songs are a message from God, just like a sermon. Sometimes a sermon doesn’t stick with you, but a song can really touch you.”

Smith’s 14th Gospel Singing will be held Sunday, March 30 at 2 p.m. at Bethel Rock A.M.E. Church where Lonnie Williams is the pastor. Tabatha Jones will emcee the event. Pastor Ceola Singleton from Dixons Mills will be a guest speaker.

During the singing, children will be reviewing Sunday School lessons with Willa Raby and Theresa Fails.

“There will be a lot of praise and worship, and we will be lifting up the name of Jesus,” Smith said. “That’s what it’s all about. I’m really excited about this years’ program.”

In addition to her son, Smith also has a daughter, Natasha King, and three grandchildren, Krystal Borden, Destiny Borden and Christian King.

She attends New Birth Outreach Ministries in Demopolis where Gerome Burrell is the pastor.